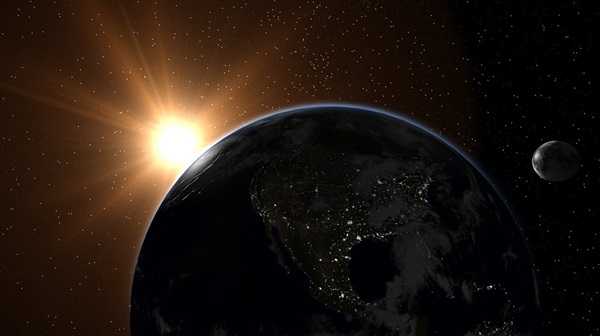 Experts have revealed that Earth has reached Perihelion means closer to the sun in its elliptical orbit on Saturday. The day has marked an annual event, which is known as Perihelion. The term Perihelion has been interpreted from Ancient Greek, which means near the sun. As per the report, Earth has been expected to reach its closest point to the sun this month. Astronomers have said that Earth has been rotating within 91399453 miles around the sun. They have said that after 6 months from now the Earth will reach its distant point, which is called Aphelion on 5 July 2021. At that time, Earth will be around 94510889 miles away from the sun. Precisely, Earth is approximately 3 million miles closer to the sun in the early days of January 2021 as compared to its position in July 2021. Scientists have said that our planet is closest to the sun in the early days of January when it is cold in the Northern Hemisphere. They have said that the sun has been at least 3 percent larger in the sky on Saturday; however, people cannot see it with naked eyes. Experts advise people not to look at the Sun without proper eye protection; they have said that sunglasses are not a suitable substitute for solar viewing glasses.

Experts have said that Perihelion records the moment when Earth moves at its fastest speed in its orbit around the sun. They have claimed that our planet is racing towards the sun at 19 miles per second. Scientists from NASA have said that if someone runs east at local time midnight, the person will be moving in Sun-centered coordinates. There is not a massive distance difference between Perihelion and Aphelion. Earth’s orbit is nearly circular, therefore it is not Earth’s distance from the sun but the tilt of the planet’s axis, which brings winter and summer on Earth. In winter, the part of Earth has tilted away from the sun and in summer, the region of Earth is tilted towards the Sun. Experts have said that the day of maximum tilt of the World’s axis towards or away from the sun comes in December and June. However, it is not entirely responsible for seasons, but the planet’s closest and farthest points impact Earth’s seasonal lengths in some way. When the Earth is at the closest point from the sun, the world starts traveling faster in orbit around the sun.

Scientists have said that there is around 6.7 percent difference in intensity of the sunlight as it hits the planet Earth between Perihelion and Aphelion. Scientists from NASA have said that it might explain why there are extreme seasons in the Southern hemisphere as compared to the Northern Hemisphere. This is not the only spatial event in January; scientists have said that Saturday Night into Sunday morning has marked the peak of the Quadrantid meteor shower, which might be one of the best of this year.