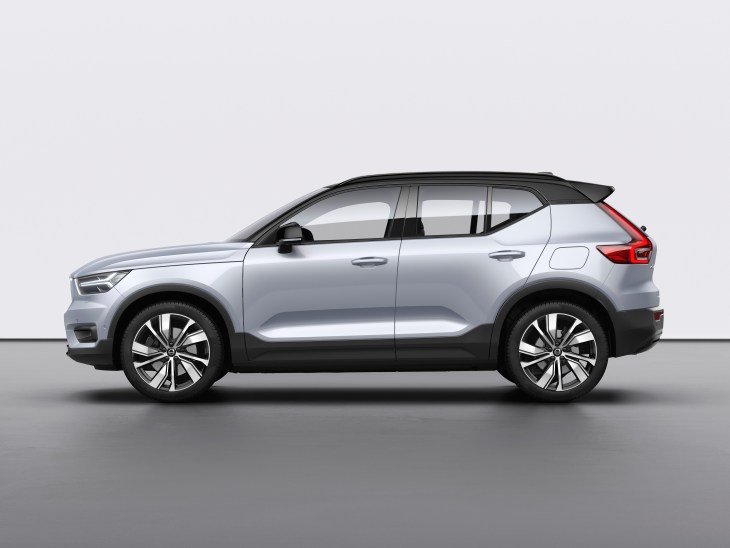 Volvo is among one of the first automakers who have expressed their desire to do something to reduce carbon emission. In this series, the Swedish carmaker has unveiled its first all-electric car. Dubbed as the XC40 Recharge, is a battery-powered version of its small SUV XC40. The car was launched in California, one of the most environmentally aware states of America. The XC40 was the first vehicle of Volvo to use new Compact Modular Architecture and it first appeared in 2017. With this, the carmaker has promised that it will launch a fully electric version of all its existing models every year from now on. Volvo Cars President and CEO Hakan Samuelsson has announced that by 2020, 20 percent of its annual production will be electric-only vehicles. The company is aiming for plug-ins in 50 percent of its vehicles by 2025. Samuelsson, however, stressed that nobody knows how customers will react to this development.

Remaining 50 percent of vehicles launched by Volvo will be hybrids as the company is planning some form of electrification in its new model. All models will have a suffix Recharge. The company has announced that consumers buying the fully electric vehicle or plug-in Volvo will get a year of free charging. Volvo CTO Henrik Green said that the pure electric cars running on renewable energy are the only option to solve the climate issue. Pre-orders have started for USD 1,000 but the company has not revealed the pricing. However, the company’s North American CEO Anders Gustafson has hinted that the all-electric car would be priced below USD 50,000 or around USD 48,000 after incentives.

In terms of specifications, XC40 Recharge has two 150 kW motors and a 78 kWh battery. It is expected to produce a total power of 402 hp or 300 kW and torque output is 660Nm (487lb-ft), enough to send the SUV from 0 to 60 mph (0-100km/h) in 4.9 seconds. At a 150 kW DC fast-charger, the car will recharge from 0-80 percent in just 40 minutes. The company has not revealed the full stats for its new XC40 Recharge so customers will have to wait for some time to check out the complete specifications of Volvo’s all-electric vehicle.