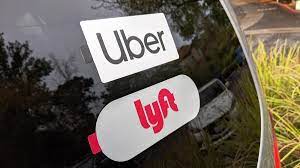 In a major decision, ride-hailing apps Lyft and Uber have decided to help drivers who get sued under Texas anti-abortion law. The companies said that they will pay legal fees to drivers who are sued under the newly enacted abortion law. The new law bans abortion once a heartbeat is detected after around six weeks of pregnancy. The law was enacted after the Supreme Court voted 5-4 refused to accept a request from those providing abortion facilities to block it. While there is no provision to sue patients, the new law puts those at risk who perform or aid in the procedure.

Those who violate the new law and aid in the procedure can be sued. This includes even the drivers of the ride-hailing companies. These drivers can be sued for simply dropping pregnant patients at abortion clinics. Lyft issued a statement saying that it has created a Driver Legal Defense Fund. The fund has been created to cover all legal fees for drivers who are sued under the restrictive abortion law in Texas. The ride-hailing company also said that it has donated USD 1 million to Planned Parenthood. The step has been taken to make sure that these people will not have any problem accessing healthcare services.

Lyft said that the new Texas law threatens to punish drivers for helping people where they want to go. Lyft said that drivers cannot be held responsible for monitoring where the passengers go and why. Echoing the same voice Uber CEO Dara Khosrowshahi said the company would be following Lyft’s lead. “Why should drivers be put at risk for doing their duty of taking passengers to where they want to go. Team Uber too has decided to cover the entire legal fee if a driver of our platform gets sued under the new law,” Khosrowshahi tweeted. Under the new law, drivers could be fined around USD 10,000.