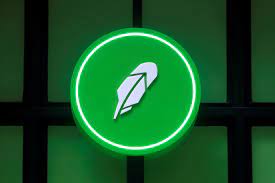 Home / Robinhood Testing ‘Crypto Wallets’, To Make It Available To Customers in 2022

Robinhood Testing ‘Crypto Wallets’, To Make It Available To Customers in 2022

Robinhood has finally started testing ‘crypto wallets’ on its platform. This will allow users to spend and trade their cryptocurrencies like Ethereum and Bitcoin. This will give users more control over digital tokens. Initially, it will be tested with select clients. The company has said that the testing would begin next month. Once launched, users would allow investors to send, receive and trade digital currencies. They can even move cryptocurrencies in and out of the Robinhood app. The development comes as some users of the platform complained that they had exposure to crypto prices but couldn’t own the coins themselves.

Robinhood chief product officer Aparna Chennapragada said that the company was taking its time to make sure that this is built in a phased manner. “We are not the first one to do so but Robinhood had decided to take its time while starting it. We will have feedback from few customers on the product and then make changes accordingly,” she said. Chennapragada, who has worked with Google for more than a decade, said that the company would share feedback from few clients who would start testing the product. Once the product is rolled out, clients who are on the waitlist will be able to join it.

It is worth mentioning that cryptocurrency debuted on Robinhood almost three years ago. But it climbed up on the list of priorities for the company over time. This is mainly because more than half of the transaction-based revenue on the platform in the last quarter came from cryptocurrency trading. But this was just an increase of 3 per cent that a year earlier. The new wallet will let Robinhood users consolidate their cryptocurrencies into one account. Some of the prominent rivals of Robinhood are already offering this feature to their users. It must be noted that the development comes at a time when cryptocurrencies are under more scrutiny from the regulators.