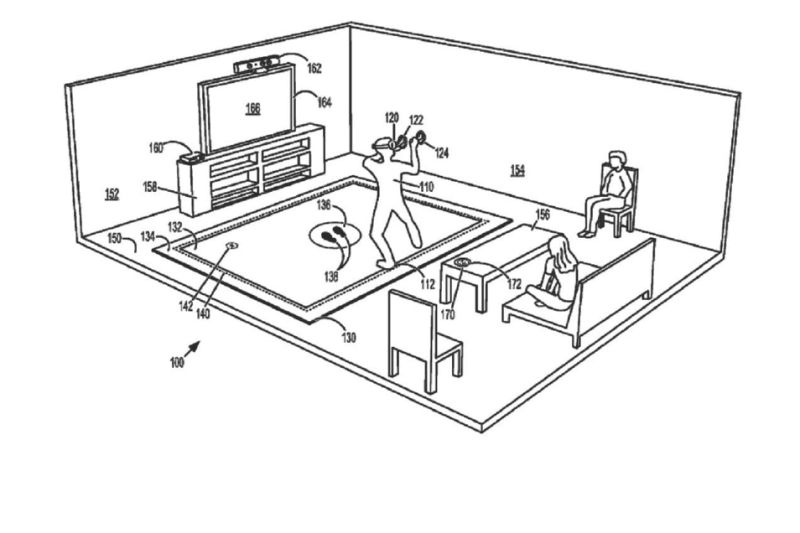 Microsoft has filed a new patent for a floor mat that will assist you while exploring new worlds in virtual reality. It seems like the American tech giant is functioning on a VR mat. The latest discovery will save you from crashing into a table or furniture while you are apparently blind by a VR headset. The company has piled to USPTO (U.S. Patent Trademark Office) for its so-called “virtual reality floor mat activity region”. All in all, virtual reality game players are going to get a special floor mat that will deal with difficulties in the real-world.

Virtual reality is a technology that offers a diving experience and blocks the surroundings completely. Thus many of the users face difficulty in VR gaming while in a compact place having tables, walls, furniture, or other objects around. Many times there remains a risk of collision as the users cannot see these objects after wearing a VR headset. Many of them have opted for rubber-made floor mats to avoid accidental collision into surrounding objects while playing. But Microsoft’s latest vibrating floor mat will definitely help gamers to deal with those real-time issues.

The mat will have inbuilt fiducial markers along with spatially spread pressure sensors, which will interact with the VR console. Even more, the sensors will locate the user’s physical location on the mat, which could later assist in generating the virtual world across the user. Apart from all this, the patent notes the chances of placing a vibration device in the mat. So it can be a vibrating mat that will keep users safe from the threats of surrounding objects. The patent filing also includes markers for a start position a user would stand on before entering into VR. Even more, the mat may arrive with interlacing floor tiles, so users can set up the carpet as they want. Most importantly, the patent does not confirm that Microsoft could actually bring such a mat in the market. Still, there are some rays of hope to get a safeguard for virtual worlds.