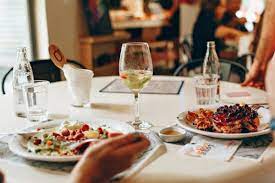 JPMorgan Chase & Co has agreed to acquire the restaurant review platform The Infatuation which owns Zagat. Infatuation had purchased Zagat in March 2018. The platform is famous for sharing reviews and recommendations about restaurants and help people find the best restaurant near them. The platform, which is just over a decade old, had started a blog about ‘where to eat. It has now transformed into a restaurant and bars review media and event empire. The American multinational bank has agreed to the deal as it is looking to expand its consumer offerings and give credit card users more options while they dine out. The bank has decided not to disclose the amount in which the deal has been finalized. America’s biggest bank is buying the company at a time when hospitality-focused businesses are trying to overcome the losses they suffered during the coronavirus pandemic. Restaurants are still trying to adapt to the changing environment and stay afloat. This is because many consumers are still not keen on going to restaurants and avoiding large gatherings because of the rapidly spreading Delta variant. Considering all this, the decision to buy the company looks a little unusual. But the focus of Infatuation is somewhat similar to that of the bank which is trying to target high-end customers who often spend heavily on dining out.

Infatuation has a strong presence in more than 50 cities across America and abroad. The company has a website and mobile app that help it to connect with consumers. The company also holds live dining events and organizes a bi-coastal food festival called EEEEEATSCON. It would continue to be operated as a separate business. The bank has agreed to purchase the company as it is hopeful that the deal would provide it an opportunity to give ‘perks’ for Chase cardholders. A spokesperson for JPMorgan said that the perks could include special access to the content of The Infatuation for its customers. Once all the formalities of the deal are completed, the bank is expected to integrate the media content generated by the company into its existing consumer products. JPMorgan’s consumers’ products are already linked up with several restaurants and dining locations. The deal is a step ahead for the bank as the Chase brand had partnered with reservation platform Tock to launch a dining hub last year. This gave its customers access to over 4,000 restaurants. JPMorgan also offers access to deals with restaurants and bars to all the customers having its Sapphire Reserve and Preferred credit card.

JPMorgan in a statement said that the bank agreed to the deal as it would accelerate the firm’s investment in dining. “This deal demonstrates our commitment to provide our customers all things in one place. From giving exceptional benefits to providing useful content, the bank tries to give every possible thing to its customers,” the statement reads. Marianne Lake, co-CEO of consumer and community banking at Chase, said that the bank admires the fresh approach of Infatuation to reach people with relatable content. “We are looking forward to connecting people to experiences around the world of dining,” Lake said. It is pertinent to mention that The Infatuation collaborated with JP Morgan in the past as well. The Infatuation, which was founded by Chris Stang and Andrew Steinthal in the year 2009, recently joined hands with Chase to offer assistance financial assistance to independent restaurants in the United States. The Infatuation founder Stang said that the deal with JPMorgan would give them a better opportunity to engage with more and more people around the world. Stang would continue to be the chief executive officer of the company. The deal reminds the acquisition of Resy by American Express in 2019. Resy is the digital restaurant booking platform. American Xpress is known for its high-end cards. The financial service company recently launched an exclusive dining program for its cardholders through Resy.