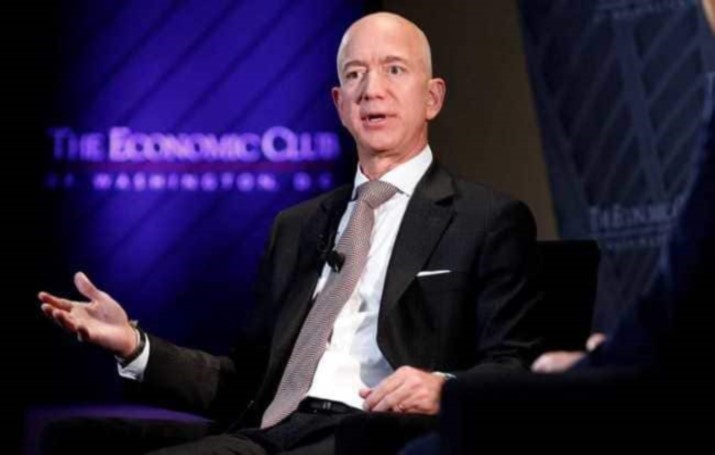 Home / Jeff Bezos Is Striking Back at Trump’s Criticism

Jeff Bezos Is Striking Back at Trump’s Criticism

Just a few days after launching his philanthropic initiatives to help the homeless and do the needful for the academic sector, Jeff Bezos is now responding to the various criticism made by Donald Trump against media as well as Amazon. Jeff Bezos, in his statements, said that Donald Trump is completely wrong in attacking the media and saying that the media is a big mistake. Bezos was talking at the Economic Club of Washington about the incidents. It should be noted that Jeff Bezos owns the Washington Post, one of the popular media platforms in the country. However, Trump has been criticizing both the Washington Post and Amazon.

Most of Bezos’ comments were regarding the media and how Trump’s attitude is completely wrong. He says that it’s part of a mistake attack the media. Instead, says Bezos, Trump should be glad that he is being put under scrutiny by the media and that the President should appreciate the efforts of the media. “But it is really dangerous to demonize the media. It is dangerous to call the media lowlifes, it is dangerous to say that they are the enemy of the people.”, to quote Bezos, as reported by Reuters.

Trump’s attacks against Amazon and media have been happening for a long period of time. The President has been trying to say that the media is evil and that they should not be trusted. However, Bezos believes that the media would go through this and that such attacks are quite common. Although Bezos owns the Washington Post, he is not involved in the publishing sector, according to the paper ethics page. As in the case of Amazon, there have been a variety of threats. For instance, Donald Trump said that Amazon’s package deliveries are costing extra money for the United States Postal Service.