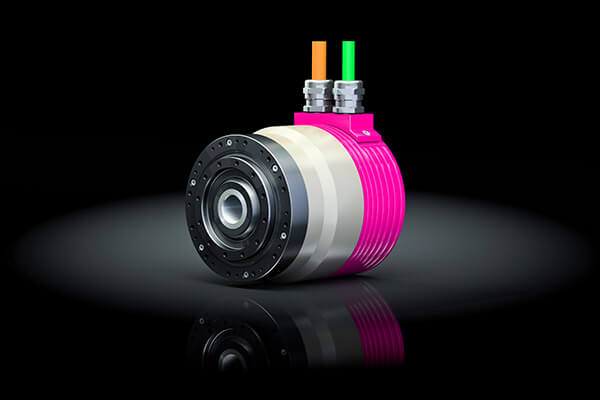 The harmonic drive is the brand name given to the strain wave gear which is authorized or trademarked by the Harmonic Drive company, and introduced by C.W. Musser in 1957 when he was working as a research advisor at United Shoe Machinery (USM). Strain wave gearing is also known as harmonic gearing and it is a type of mechanical gear system which aids to improve the certain characteristics as compared to traditional gearing systems including planetary gears or helical gears.

Nowadays, the harmonic drive is most commonly employed in robotics as well as in aerospace for reduction of gear, yet it can also be used for increasing rotational speed or for differential gearing.

The strain wave gearing theory is based upon variable dynamics and uses the metal’s flexibility. This mechanism consists of three basic elements: A Circular Spline, a Flexspline, and a Wave Generator. Some other complex versions may have a fourth element typically used to reduce the overall length or for increasing the gear reduction in a smaller diameter however, follows the same basic principles.

The Wave Generator is made up of two different parts; outer ball bearing and an elliptical disk which is also called as a wave generator plug. The gear plug is placed into the bearing as well as giving the bearing an elliptical shape. It also consists of a specially designed thin raced ball bearing which is fixed on an elliptical hub. It works as a high-efficiency torque converter and used as an input of the gear and is linked to the motor shaft.

The Flexspline is a thin and cylinder-shaped which is made up of alloy steel with outer teeth on the open end of the cup. When the wave generator placed into the Flexspline, the gear proceeds into an elliptical shape. The Flexspline is utilized as the output and linked to the output flange.

The rapid growth of the consumer electronics industry can be attributed to high demand for various electronic items such as TV, smartphones, etc. Harmonic drives are utilized in various industrial robots that are used for manufacturing consumer electronics, which is a key aspect fueling the demand for harmonic drives. In addition, increasing implementation of robotics technology for automation of the manufacturing process is one of the major aspect propelling the demand for the harmonic drives. These drives have speed reduction and controlling capability which is influencing its adoption among various end-use industries.

The type of harmonic drive includes cup style, hat style, and pancake style. The cup-style harmonic drive element sets utilized in the CSF-GH and CSG-GH gearheads the bottom of Flexspline (output side) is inhibited to a circle although the top of the Flexspline is elliptically shaped, this leads to the Flexspline gear teeth to flare outwards slightly.

The application of harmonic drive includes a semiconductor production equipment industry, robot industry, flat panel display industry, and machine tools industry. Growing adoption of robotics among manufacturing units in order to automate the manufacturing process is fueling the demand for the harmonic drives and supporting growth of the global market.