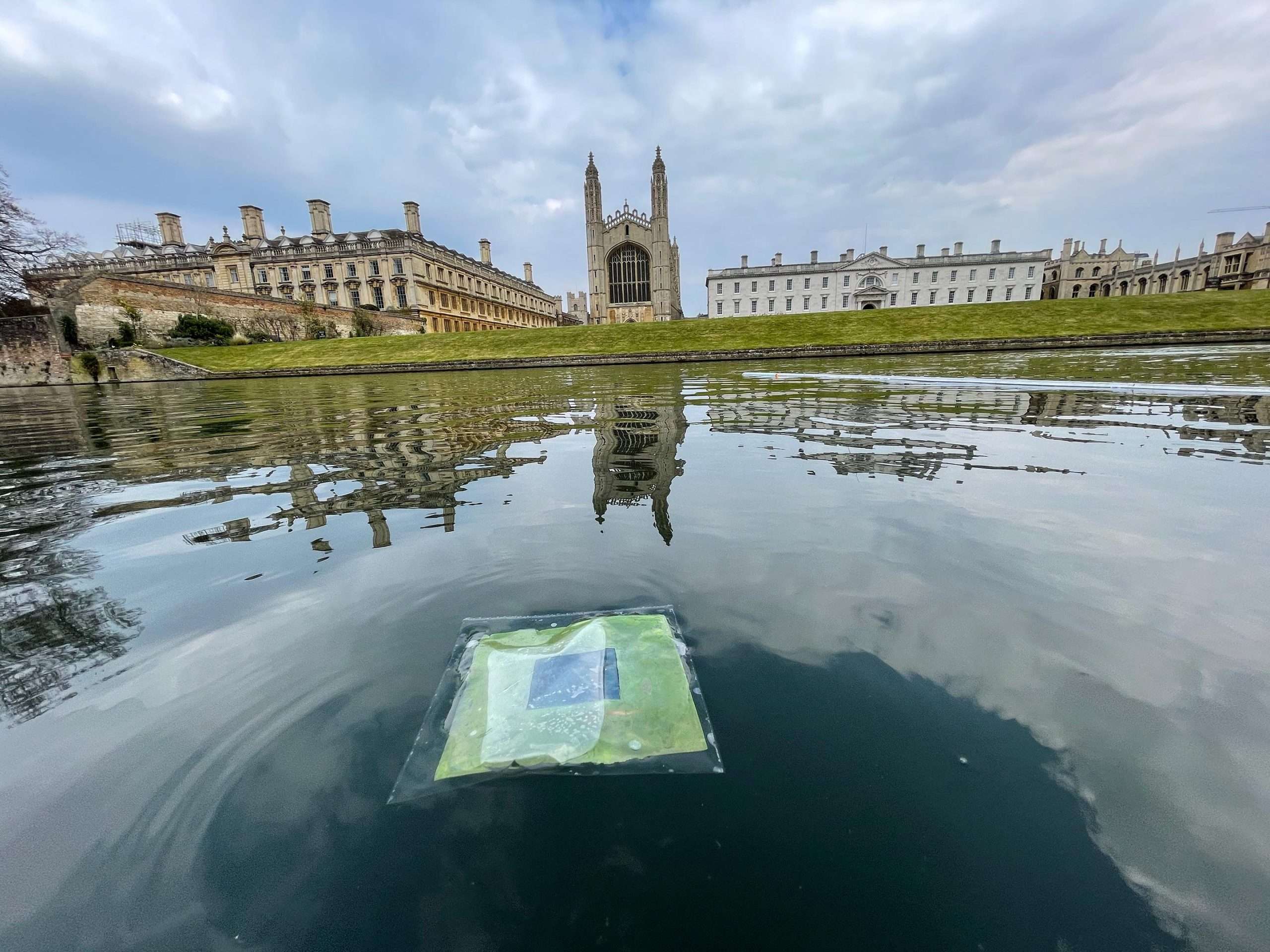 Scientists have achieved the development of artificial leaves that float on water and have the ability to produce clean fuels from water and sunlight. These leaves are intended to operate in the ocean to a great extent. Researchers from the University of Cambridge designed the flexible, ultra-thin device and were inspired by photosynthesis, the process by which plants convert sunlight into food. It is a low-cost, autonomous device lightweight enough to float on the water effortlessly. The device can be used to produce an alternate option to gasoline.

Researchers conducted outdoor tests of the lightweight leaves on the River Cam, which indicates that just like real plant leaves, these artificial leaves also have the ability to transform sunlight into fuels. The test was conducted near the iconic Cambridge site as it is the main river flowing through Cambridge in eastern England. The test also includes the areas of the Bridge of Sighs, King’s College Chapel, and the Wren Library.
It can be said that this is the first time clean fuel has been produced on the water. If the artificial leaves were further advanced, they might be used in ports, polluted waterways, or the ocean. This is expected to contribute to reducing the dependence of the global shipping industry on fossil fuels. The experiment’s outcomes were published in the Nature journal on the 18th of August.

Renewable energy technologies like solar and wind have been easily available and considerably cheaper in the last few years. On the other hand, decarbonization is considered a challenging task for industries like shipping. Cargo vessels powered by fossil fuels transport almost 80% of global trade still, the industry has not been an important element when discussing the climate crisis.
Erwin Reisner and his research group from Cambridge have been working for many years to address this issue by developing a sustainable alternative to gasoline that uses photosynthesis principles. In 2019, they successfully designed an artificial leaf that has the ability to generate syngas from natural sources such as water, sunlight, and carbon dioxide. Syngas is known for their crucial properties that have been widely used to produce several chemicals and pharmaceuticals.

The previously resulting device generated fuel after the merge of two light absorbers and suitable catalysts. Though, it includes thick glass substrates and moisture-protective coatings, which as a result, makes the device bulkier.
Dr. Virgil Andrei, the paper’s co-lead author from Cambridge’s Yusuf Hamied Department of Chemistry, said that these artificial leaves might lower the fuel price, but they are fragile and heavy to operate, so it will be more challenging to generate fuel at large-scale.

Reisner, who led the study, said that the team of researchers aimed to see how many materials they could remove from the device without making any changes to its performance. And, if they successfully cut down the materials they sought, the device will be lightweight enough to float on water. If this is achieved, it will offer several different ways of using these artificial leaves.
Researchers derived motivation from the electronics industry to develop the latest version of the artificial leaf, such as miniaturization techniques that helped to create smartphones and flexible displays.

The Cambridge research team’s major challenge was placing light absorbers onto substrates and protecting them from water infiltration. Scientists used thin-film metal oxides to overcome these challenges. These materials are known as perovskites and can be used to coat flexible metal foils and plastic. The devices are coated with layers of micrometer-thin, water-repellent carbon, making the device work and look like a leaf.
Testing the new artificial leaves revealed that they could divide the water into oxygen and hydrogen or lower CO2 to syngas. However, the device will need further improvements before they are all set to be used in commercial applications. According to researchers, this advancement will give new directions to their research.