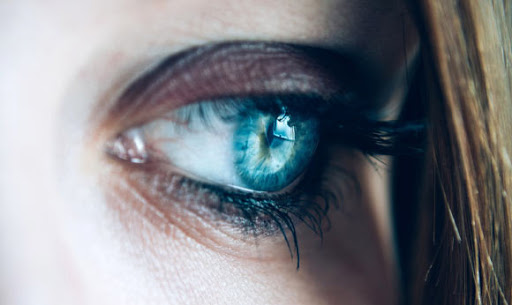 A team of scientists from the University of Melbourne has been able to partially restore the vision of a 58-year-old blind man by injecting genetically modified viruses into his eyes. The person has been suffering from an inherited eye disease called retinitis pigmentosa. After the treatment, the blind man has been able to see small objects such as a stable box, a tumbler, or a notebook after wearing a specific pair of spectacles. Scientists have said that the therapy has been based on optogenetics. It is a budding area of biological research in medical science that aims at regulating nerve cells through light, said the experts. A stem cell biologist from the University of Melbourne, Raymond Wong has said that the findings of the study are quite encouraging.

He is responsible for developing new treatments for eye diseases at the University of Melbourne. However, he has not been involved in the new study. With the new gene therapy called optogenetics, scientists have been able to partially restore a vision of a blind man for the first time. Although the findings of the study show that, the benefits of this gene therapy are enormous but it has been used on only one person so far. However, the gene therapy is being tested in an ongoing clinical trial for its safety and tolerability.  The authors of the study have said that continued testing and improvement of the therapy will help blind people navigate through their daily activities more effectively. The findings of the study have been released in the journal called Nature Medicine.

One of the authors of the study, Botond Roska, who is also a biomedical researcher at the University of Basel has said that people are able to read or see things clearly due to complex decoding that is performed by the retina. As per the expert, the retina acts like a biological computer that is fitted at the back of the eye. He has said that the retina has many layers to it. Light filters through the eye and connects with particular photoreceptor cells at the bottom layer of the retina that are known as rods and cones. The bottom layer of the retina passes signals to another specific cell called the retinal ganglion cell that is located at the top layer of the retina.  The authors of the study have said that in the case of retinitis pigmentosa disease, the bottom layer of the retina is scuttled. They have said that genetic mutations trigger rods and cones to function abruptly or die off. As per the experts, there are dozens of genetic mutations that can lead to retinitis pigmentosa disease. The National Institutes of Health (NIH) has reported that eye disease affects nearly one in 4000 people across the globe. In most cases, patients who suffer from this eye disease have tunnel vision and ultimately lose their vision later in life.

The same thing has happened with the 58-year-old patient who has been observed in the new study. The first author of the study and an ophthalmologist at the University of Pittsburgh, Jose-Alain Sahel has said that the patient has not been able to identify any significant signal.  The authors of the new study have said that although the photoreceptor cells of the patient have not been functioning well, his retinal ganglion cells have been found to be working fine. They have said that retinal ganglion cells are responsible for receiving the signals from rods and cones and passing them to the brain. Scientists have targeted retinal ganglion cells with optogenetic therapy in the study.  Dr. Philip Lewis, who is a biomedical engineer at the Monash University, has said that in optogenetic therapy, scientists take non-light-sensitive cells and introduce them to genes that can turn these cells into light-sensitive cells.

The team of experts has developed a viral vector that has been similar to the one that has been used to deliver COVID19 shots. It delivers a gene into retinal ganglion cells that are susceptible to amber or red light. Once this gene is delivered in the eye, it produces a specific type of light-sensing protein that is known as channelrhodopsin. This protein is usually created by algae and it helps the organism look for sunlight. Experts have rather re-modified the upper layer of the retina that has turned them into the new light-sensitive layer. The authors of the study have said that patients need to wear a specific pair of spectacles that converts the incoming light into monochromatic images and projects them on the re-modified cells of the retina in real-time.

There is no hindrance in this process, said the experts. The study has noted that a pair of specialized spectacles is key to this whole study as it works as the non-functional rods and cones. Experts have said that without wearing these goggles, patients will not be able to see anything and they will remain blind only. The patient who has been observed in the study has not felt any major changes after the gene therapy for a number of months. Later, he has suddenly reported that he is able to see small white stripes of the crosswalks after wearing specialized goggles. The authors of the study have been able to test only one patient so far, as the COVID19 pandemic has restricted them to test this gene therapy on other people who have been included in the clinical trial. As the pandemic seems to be waning away soon, experts are planning to use this gene therapy on other people who have been enrolled in the study. The clinical trial is expected to be completed in 2025. Experts have said that the full potential of optogenetic therapy is still being tested.