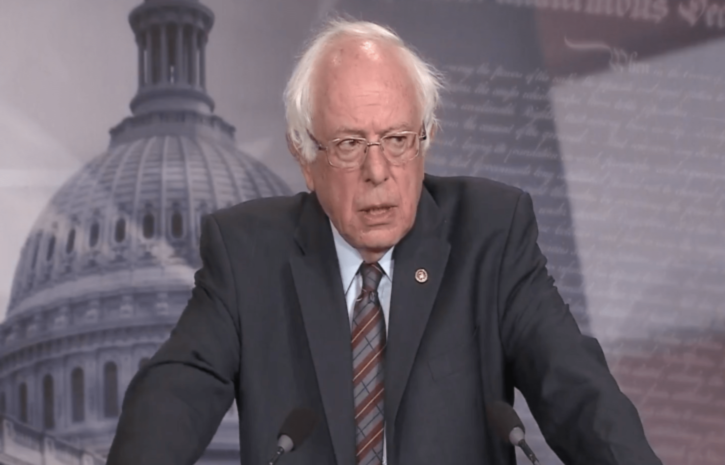 Bernie Sanders is not planning to back down from the feud with Amazon and Jeff Bezos, it seems. Continuing the verbal attack on the company and the CEO for the non-labor-friendly attitudes, the Senator introduced a new bill named Stop BEZOS. Officially, the bill has been titled the Stop Bad Employers by Zeroing Out Subsidies (Stop BEZOS) Act. This bill is expected to battle the injustice that is currently followed by Amazon and other large, profitable companies. According to the Stop BEZOS bill, the companies with more than 500 employees will be asked to pay an extra tax, which would be equal to the amount of federal benefits given to low-wage employees.

This bill would practically force companies like Amazon to contribute to the federal welfare programs. It has to be noted that even low-wage employees in this company are receiving the federal benefits like from the federal Supplemental Nutritional Assistance Program. As the name says, the bill is expected to stop the bad employers in the country, by making them pay enough taxes that they are supposed to. It should be noted, however, that Bernie Sanders has not directly addressed economic incentives given to Amazon by federal and state governments alike.

On the other hand, Sanders wants employers in the United States to pay their workers well, at least the living wage, instead of the current low-wage. The senator believes that this would reduce the reliance on federal welfare programs, which are now widely used by Amazon employees to begin with. The senator also adds that this move would reduce the amount spent on federal assistance programs, with an estimate of $150 Million saved. It would also help the employees live with safety and dignity, says Sanders. As of now, Amazon and Walmart are being focused by Sanders, although others are mentioned.