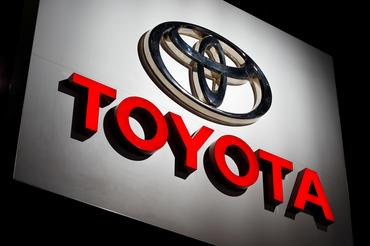 Toyota Motor will have to pay a record fine of USD 180 million for violating the Clean Air Act for a decade, the Office of US Attorney in Manhattan announced. This is the largest civil penalty levied on any company for violation of requirements of federal emissions. According to a complaint filed in Manhattan, the company failed to report defects that obstructed the way emissions from its car’s controlled tailpipe. It said the company failed to follow standards designed to protect the environment as well as the health of the public from harmful air pollutants. It was alleged that managers and staff knew about the practice but did nothing to stop it.

Acting US attorney Audrey Strauss said that Toyota did not bother to follow the guidelines and sold millions of defective vehicles between. A spokesperson of the company said that it alerted concerned authorities soon after the lapses came to light. “The delay in reporting the lapses most likely resulted in negligible emission impact, if any,” Eric Booth said. He said that the company recognizes that it fell short of its own high standards and is happy to have resolved the matter. Toyota is the second largest car manufacturer in the world and once earned a reputation of clean technology. Prius, its best-selling gasoline-electric hybrid passenger cars helped the company in it.

But it slowly became the target of criticism from environmental groups. This started after it extended support to Donald Trump’s decision to roll back tailpipe emissions standards. The company’s relatively slow pace of fully electric vehicles is also one of the reasons it earned the ire of critics. Several automakers are now expecting that the incoming Biden administration will work to make way for the return of the stricter tailpipe emissions rule. They have expressed willingness in working according to the rule. It must be mentioned that Daimler agreed to pay USD 2.2 billion last year to settle accusations that some vehicles it sold in the US were programmed to cheat on emissions tests.