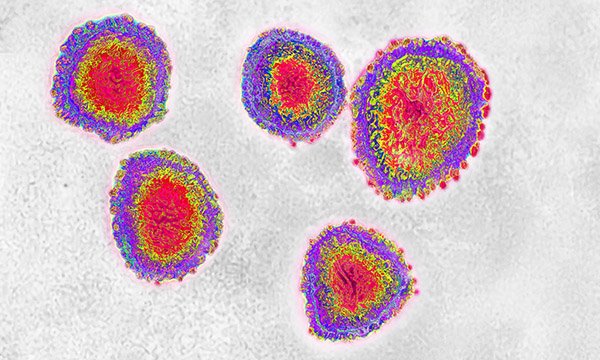 The risk of antibiotic resistance has been rising as viruses continue to evolve to dodge some of the most potent drug treatments. Health experts fear that antibiotic-resistant viruses might claim the lives of more than 10 million people across the world by 2050 and will make current treatments ineffective. They have said that bacteriophage or phage might be a new hope against rising antibiotic resistance. Phages have been neglected by western medical science for decades. However, now, they have become the topic of extensive research due to their ability to infect and eliminate bacterial threats. The new study has been led by a graduate student of biological sciences at the University of California named Joshua Borin. The new project has shown that phages that go through special evolutionary training are found to have an increased ability to kill bacteria. Joshua Borin has said that pre-trained phages have shown that they can halt the onset of bacterial resistance. He is a member of Associate Professor Justin Meyer’s laboratory as well. The findings of his study have been released in the Proceedings of the National Academy of Sciences. Experts from the University of Haifa in Israel and the University of Texas in Austin as well have contributed to the study. Borin has said that antibiotic resistance is an evolutionary issue. Therefore, the findings of the study have found a possible new solution for the time when we run out of antibiotic drugs in the future.

The lead author of the study has said that using bacterial viruses that can adapt and evolve to the host bacteria that need to be infected and killed is an old idea, which is being revived now. In simpler words, it is the idea like the enemy of our enemy is our friend. The phenomenon of using phages to fight against bacterial infections goes back to the era of World War II, said the experts. However as antibiotic drugs have come into existence for the treatment of bacterial infections, phage research has taken a backseat.  In the new study, experts have trained specialized phages to fight against bacterial threats before they kill their bacterial targets. The whole study has been demonstrated in laboratory flasks. Experts have shown classic evolutionary and adaptation methods in the study. The authors of the study have said that phages that have been trained for 28 days have been able to reduce bacteria 1000 times more efficiently and three to eight times longer as compared to untrained phages. Justin Meyer has said that trained phages recognize ways that bacteria use to dodge it. He has said that trained phages can evolve mutations to work against those ways. Experts have used phages’ own upgrading algorithm called evolution by selection to get back its therapeutic ability and resolve the issue of bacterial resistance.

Scientists are going to apply their findings to another research in which they will study how pre-trained phages act on bacteria such as E- Coli in a clinical setting. They will also look at how the training process works in animal models. The University of California San Diego (UCSD) leads in phage research. The UCSD School of Medicine has set up the Center for Innovative Phage Applications and Therapeutics in 2018. It is the first solely dedicated phage therapy center in North America, said the experts. Health experts have warned that antibiotics are being overused since they have been developed. Due to the misuse of these drugs, they have become less useful for people. Now, experts are turning to phages for curative usage. Many scientists around the world are studying phages to know more about the types of ways and methods that can shoot up the remedial ability of phages.