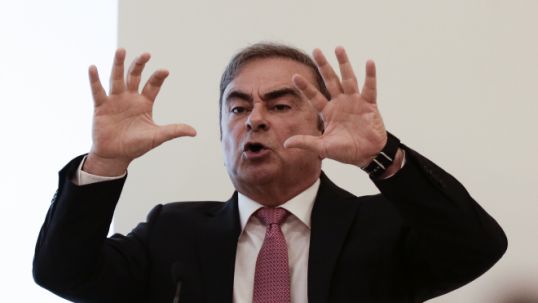 Charles Ghosn is the former founder and chairman of Nissan automobile company, but an essential thing that every media house showed is how did he get out of Japan secretly. Ghosn, who was in custody of two US officials in Japan and was about to face jurisdiction, escaped secretly. Reports show he smuggled out of Japan in a private box on a private jet, which took him out of the country.

He was going to face lots of charges pressed on him. Ghosn snuck into a bullet train at Tokyo that took him to Osaka, where a flight was already ready for him to smuggled out of Japan. The distance from Tokyo to Osaka is already more than 300 miles, and he managed to get out of surveillance so quickly. Ghosn has landed in Lebanon, where he is going to face the required extradition from the government.

His lawyer also said that he was unaware of such planning and didn’t believe he would choose this way to get out of the legal troubles. The main question still says how did Ghosn was managed to smudge in a small box through the private jet. The airport cameras were too small to scanned him, and with the help of a breathing hole, he flew out of Japan. Ghosn, who is Lebanese, has faced charges for financial misconduct while being the CEO of Nissan. He was about to receive a bail warrant from the Japanese government but thought of getting out of the country more conveniently. Japan is already in talks with Lebanon and will try their best to get Ghosn back to the trial, where he still has to face lots of charges.