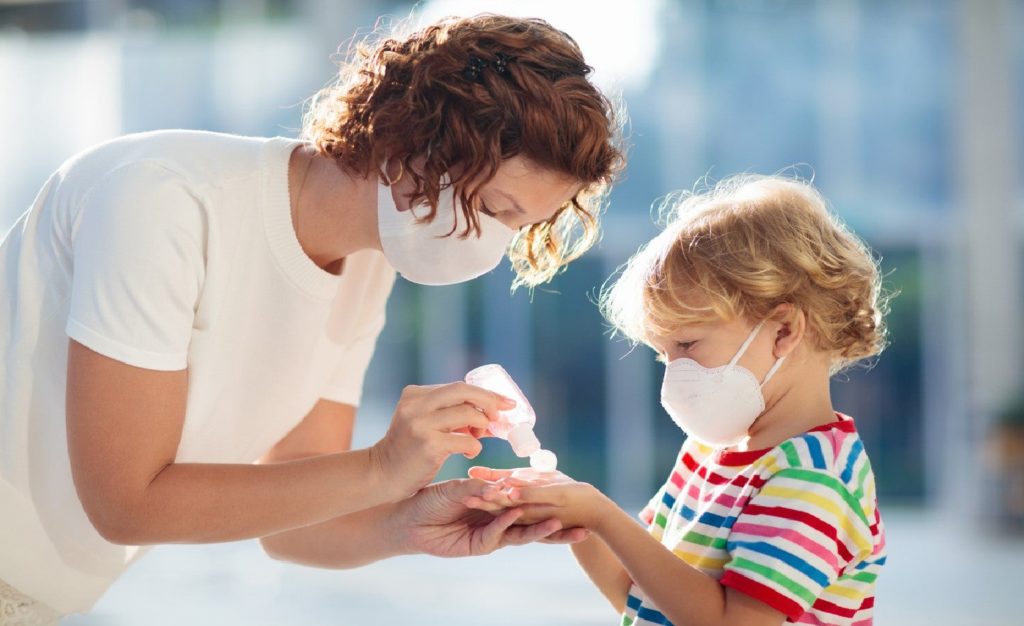 A report from the American Academy of Pediatrics has shown that there have been more than 121000 COVID19 cases among children in the last week in the US. COVID19 cases among children have been reducing during early summer. However, cases have gradually shot up in the early weeks of July. Health officials have claimed that there has been a sizeable increase in the number of COVID19 cases in kids. A new study has revealed that infants and toddlers are the ones who spread the SARS-CoV-2 virus the most at home as compared to adults and teenagers. The authors of the study have said that small babies and infants cannot be isolated once they are infected with the virus, as they are too young. Health experts have noted that though toddlers and babies spread the virus the most, they are not driving the ongoing pandemic. However, infants and babies are definitely playing a role in the latest wave of the COVID19 pandemic. Experts from the US Department of Health and Human Services (HHS) have said that nearly 1900 children in the United States have been admitted to hospitals in the last week. A report from the HHS has shown that at present, pediatric units are reporting 4.6 times higher COVID19 cases as compared to five weeks earlier. The US Centers for Disease Control and Prevention (CDC) has reported that there have been two times higher deaths linked to the SARS-CoV-2 virus as compared to deaths linked to influenza in children this year. However, experts are not sure if this surge in COVID19 cases among children is due to the spread of the Delta variant or behavior changes.

Dr. Edward Behrens has said that people have mistakenly believed that children are not at the risk of COVID19. He is the head of the rheumatology division at Children’s Hospital of Philadelphia. Experts have said that children are not at the risk of COVID19 has been a comforting narrative but has not been entirely true. Dr. Edward Behrens has said that small kids and toddlers have the potential to be reservoirs of the SARS-CoV-2 virus. In the early stage of the pandemic, some infectious disease experts have claimed that kids are at a lower risk of COVID19 as compared to adults as they have accounted for a small portion of the total number of coronavirus cases. Many past studies have shown that children will not become severely ill with COVID19 and they do not have the potential to spread the virus significantly. There have been diverse conjectures that children have a robust immunity against the SARS-CoV-2 virus as compared to adults. Nevertheless, experts have not been able to find an actual reason behind this theory. Now, health experts have said that the low rate of infection among children might be due to children having little interaction with the outside world other than their immediate family members during lockdowns and the stay-at-home mandate. A respiratory epidemiologist from Vanderbilt University, Dr. Tina V. Hartert has said that during nationwide lockdown children have not gone to play outside, schools, or daycare facilities, which might have contributed to the low number of COVID19 cases among children. The authors of the new study have observed nearly 6280 households. The findings of the new research have been based on positive COVID19 tests in Ontario. The conclusions of the study have been reported in the journal JAMA Pediatrics.

The authors of the study have found an index case in each household that has been observed in the new study. An index case means the first person who has tested positive for COVID19 in the household who has been below 18 years. Health experts who have been involved in the study have said that a child has transmitted the virus to at least one other individual at home in 30 percent of households. The research has found that most adolescents have been bringing the virus at home. Adolescents have contributed to 38 percent of all index cases, said the experts. Experts have claimed that children who have been below 3 years are most likely to transmit the virus to other people in the household, once they are infected with the deadly virus. The rate of spread of the virus in the household has been 40 percent higher when a baby or a toddler in the family has been infected with the virus. Health experts have said that the disparity might be due to behavioral variations between older and small children. The study has noted that teenagers are more prone to bring the virus into the household as they go outside with friends and peers, hang out with them in close proximity, and share foods and drinks. Toddlers and infants are more prone to transmit the SARS-CoV-2 virus as they require to be in close proximity with their family members or caregivers. Small babies more often put their hands, fingers, or other objects into their mouths, which can account for rapid viral transmission in the household. There are many past studies that have shown that infected small babies or toddlers carry the same amount of viral load as adults. Health officials have said that although caregivers or parents of infected or COVID19 positive children cannot stay away from the virus, they should follow good hygiene while taking care of their ill children.