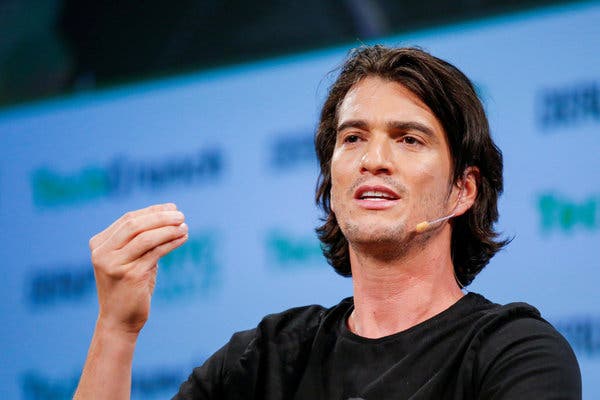 After a slew of staff leave WeWork, a shared-workspace startup, in recent months, the board members and large investors are discussing ways to oust the company’s co-founder and controversial chief executive Adam Neumann. They want 40 years old Neumann to take a chairman role as investors want to take the spotlight off his unconventional management style. SoftBank, which is one of the biggest investors of WeWork, is among those who are favouring removing of the current CEO. Discussions over it began after investors insisted that they would not invest in the company unless someone more experienced replaces Neumann. This is crucial because the company needs the support of the Japanese investment giant, which may do further investment in the compnay once it goes public.

The company’s board meeting is expected to meet as early as this week to discuss the proposal. The meeting comes in the backdrop of We Company, the parent company or owner of WeWork, delaying a planned initial public offering amid concerns of investors about the way the company is running and its huge losses. The company desperately wants to go public by the end of 2019 as this would unlock a USD 6 billion credit facility which is considered to very vital in WeWork’s continued investment and growth. The company is already under pressure because its prospective valuation has been repetitively slashed to as low as two thirds of its previous USD 47 billion valuations.

These investors and board members of WeWork are yet to approach Neumann, who co-founded WeWork in 2010, with their concerns. It would be very difficult for them to remove him as his shares carry enough voting rights to allow him to sack members of its board which includes representatives of venture capital firms, SoftBank’s vice chairman Ron Fisher, and Mark Schwartz, a former Goldman Sachs executive. Also, Neumann has already hinted that he is not interested in giving up any more power. Spokespersons of both SoftBank and WeWork have refused to comment on the development.