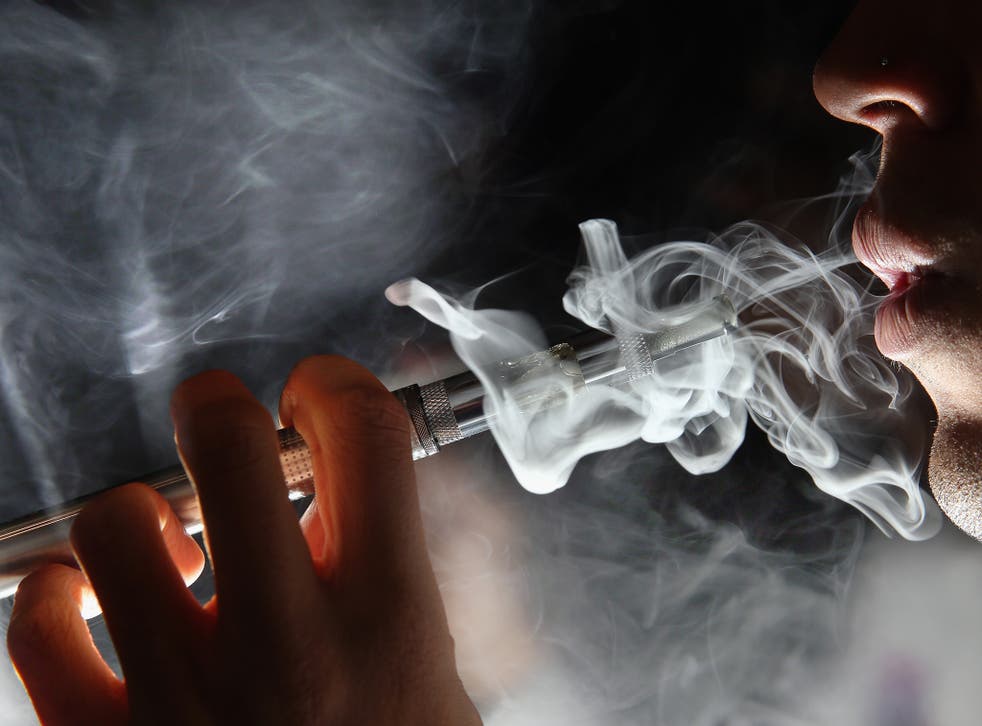 Health experts have announced that the National Health Service in England has been planning to reduce the rate of smoking in the country. Experts from the National Health Service have come up with plans under which health care providers will start prescribing e-cigarettes to people. The officials from the UK government have said that the Medicines and Healthcare products Regulatory Agency of the UK (MHRA) will update new guidelines that will allow health care providers to advise e-cigarettes to people who are willing to quit smoking. Health officials from the UK government have said that now, manufacturers of e-cigarette items can move toward the MHRA with their products and can go through the same authorization process as other drugs that are available in England’s National Health Service. The UK government officials have said that if these products are authorized by the Medicines and Healthcare products Regulatory Agency of the UK, England will be the first country in the world to advise e-cigarettes accredited as a medical product. Experts have said that as per the law that has been passed by the Therapeutic Goods Administration (TGA), people in Australia need doctor’s prescriptions to legally get liquid nicotine and nicotine e-cigarettes. This rule has come into effect in Australia in the first week of October. Experts have said that at present, there are no certified nicotine vaping products in the Australia Register of Therapeutic Goods (ARTG). Doctors need to file requests to seek a temporary supply of nicotine vaping items. Professor Linda Bauld who heads the Bruce and John Usher chair in Public Health at the University of Edinburgh has lauded the move of the NHS.

Linda Bauld has said that there is a growing body of evidence that shows that e-cigarettes can help people quit smoking. She has claimed that public health experts in the UK are aware of the fact that very few people who smoke have tried these devices. People in the UK have had many false notions and doubts about the risks linked to e-cigarettes as compared to tobacco smoking. Bauld has said that for some people, the cost of these devices as well is a concern. She has said that the option of offering the authorized devices that can be prescribed by doctors will restore confidence in smokers about the potential risks and will help in accessing those expensive e-cigarettes. Dr. Linda Bauld has said that smoking is still the top preventable cause of health disparities, therefore, efforts taken by the UK government to help those less privileged smokers to quit smoking seems to be a good step in the right direction. On the other hand, experts from the UK government have said that e-cigarettes are not free of risks as they too contain nicotine. However, many experts from the United States and the UK have reviewed these e-cigarettes and have said that the regulated e-cigarettes are quite less harmful as compared to tobacco smoking. The officials from the National Health Service in England have said that a medically certified e-cigarette will have to pass a more precise safety check before it is given to people.

Some experts from the National Health Service (NHS) have said that though e-cigarettes do not have carbon monoxide or tar that are two of the deadliest elements produced in tobacco smoking, the liquid nicotine and vapor do carry some fairly harmful substances that are found in tobacco smoking. However, these harmful elements are found in vapor and liquid nicotine at lower levels as compared to actual smoking. Emeritus professor of toxicology at Imperial College of London, Alan Boobis has said that it is right to assume that using e-cigarettes that meet the criteria of the current consumer standard is far less harmful as compared to tobacco smoking. Dr. Boobis heads the UK Committee on Toxicology as well. He has said that people who want to quit smoking should not wait for an authorized vaping product to go on sale. They should try vaping to quit tobacco smoking. Dr. Alan Boobis has said that vaping products need to meet the standards set by the MHRA and later these licensed products will be accessible to health care providers to prescribe to their patients who are trying to quit smoking. A professor of health psychology from the Department of Behavioral Sciences and Health at University College London, Robert West has said that he does not think that manufacturers of e-cigarettes who are independent of the tobacco industry are equipped with enough resources to overcome regulatory hurdles to get their vaping products certified by the MHRA. He has said that people who want to quit smoking already have access to e-cigarettes from some stop smoking services that can expand the availability of such products. Robert West has said that the decision taken by the UK government on e-cigarettes might not be a good idea. He has said that it can lead to a situation where less potent e-cigarettes made by tobacco firms will be prescribed more often while good ones will sit on the shelves. Such a situation will worsen the situation in the country. There are many experts who believe that vaping products do not help people quit smoking.