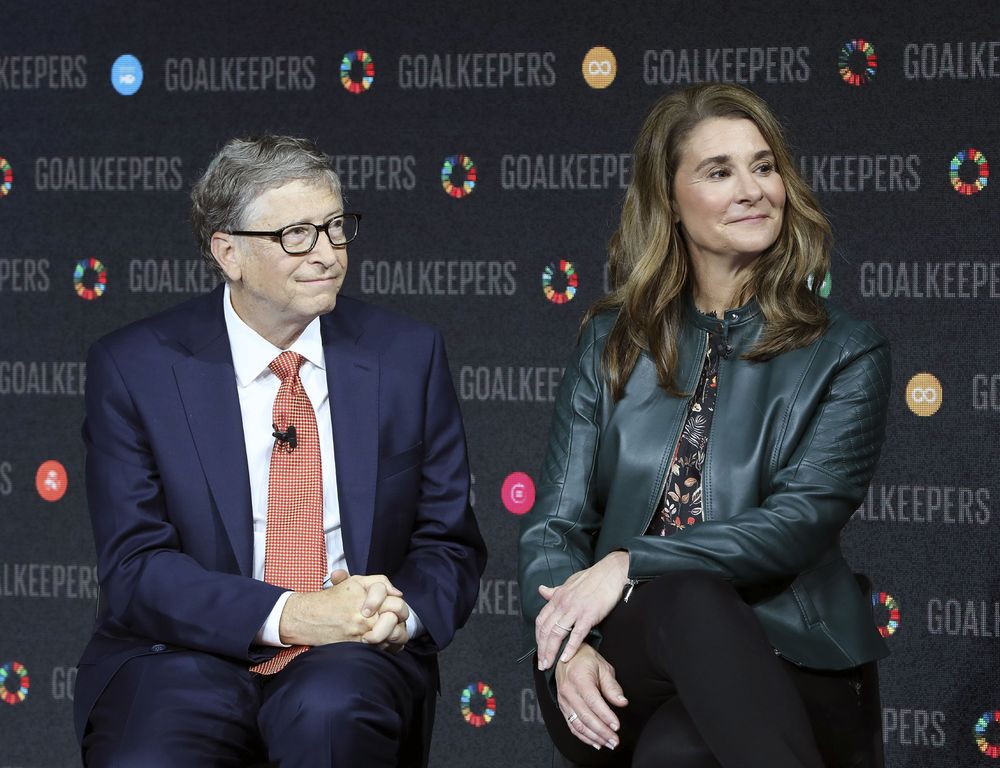 Home / Bill Gates Transfers Another USD 2.4 Billion Worth Of Stock To Melinda, Drops In Billionaire Ranking

Bill Gates Transfers Another USD 2.4 Billion Worth Of Stock To Melinda, Drops In Billionaire Ranking

Billionaire Bill Gates has transferred around USD 2.4 Billion worth of stocks to his ex-wife Melinda French Gates. This was part of the process of dividing assets as their divorce has now been officially finalized. After this transfer of stock, Microsoft co-founder Gates has dropped to the fifth position in the real-time billionaire ranking list of Forbes. Gates’s net worth is now estimated at USD 129.6 billion. This is slightly less than Facebook chief executive officer Mark Zuckerberg. According to Forbes, Zuckerberg is now the fourth richest person in the world. As per the SEC filing, the stock transferred to Melinda is from Bill’s investment vehicle, Cascade Investment LLC. With this, the net worth of Melinda is now estimated at USD 5.6 billion. In the recent set of stock transfers, Melinda received 3.3 million shares of Florida-based AutoNation. According to SEC filings, the shares are worth USD 392 million. Bill’s former wife now owns around an 8.8 percent stake in the car retailer. 2.8 million shares of Deere & Co were also transferred to her. The shared of the farm equipment maker is worth over USD 1 billion. She received 9.5 million shares of the Canadian National Railway. The value of these shares is around USD 1 billion.

The couple had announced their divorce in the month of May this year. Soon after the announcement, Bill had transferred USD 3.2 billion worth of stocks to her ex-wife. It is not clear what is the exact share of Bill’s wealth that Melinda is supposed to ultimately get. Apart from the set of stocks transferred to her so far, she may have also received additional assets from his ex-husband. This may be in the form of stakes in real estate and private companies. This would probably never come in the public domain as the public disclosure of the transfer is not at all required. The terms that explain how the massive fortune of the couple would be split are in a non-public separation contract. The contract was signed before Melinda decided to make public her decision of taking divorce. Moreover, Cascade Investment of Bill is not under any binding to disclose a stock transfer if the Microsoft co-founder owns anything below 5 percent of the listed company. While filing their divorce petition, Bill and Melinda stated that ‘their relationship was irretrievably broken.’ Melinda reportedly started consulting divorce lawyers as far back as 2019. Melinda took this decision because she was reportedly upset with his former husband meeting late sexual predator Jeffrey Epstein.

Moreover, a spokesperson of the ex-Microsoft chairman admitted that he was having an affair with an employee of the company in 2000. This was investigated by the board of the company in 2019. Bill reportedly stepped down from the company’s board in 2020 even before the probe was completed. However, the spokesperson said that the decision was nothing to do with the investigation going on. Recently, Bill spoke about his relationship with Epstein. In an interview with a news channel, Bill said that spending time with Epstein was a ‘huge mistake.’ Bill said that it is time for him to go forward. Despite all the turmoil, the estranged couple promised to remain co-chairs of the Gate Foundation. The foundation was founded by them in the year 2000. Headquartered in Seattle, Gate Foundation is one of the largest philanthropic organizations in the world. Recently, Gates Foundation said that Melinda will resign in the next two years if she feels that it is difficult to work with Bill.