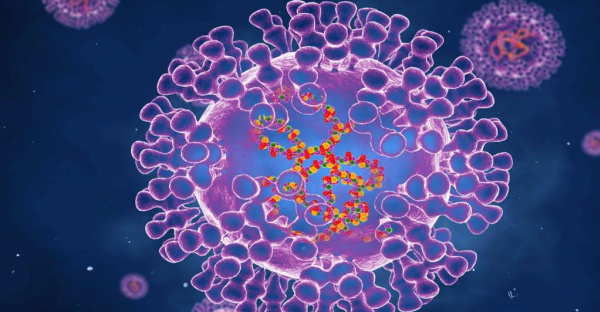 Health officials have announced that a resident from Dallas, Texas has been diagnosed with monkeypox after he has returned from Nigeria. Local officials from Dallas have said that monkeypox is a rare virus that is similar to smallpox. It is the confirmed case of monkeypox in the United States since 2003. However, health officials have said that people do not need to be worried about it at this time. Clay Jenkins, who is Dallas County Judge from the health department, has said that though the monkeypox virus is rare, this should not cause any concern regarding any threat to public health. Health authorities have said that the risk of the spread of monkeypox via respiratory droplets is quite low, as people have been wearing facemasks at public places such as airports, and bus stops. Monkeypox comes from the same group of pathogens as smallpox, said the experts. It is a deadly viral infection that starts with flu-like symptoms such as nausea, fatigue, fever, and cough. In severe cases, the infection can cause rashes on the face and body. The officials from the US Centers for Disease Control and Prevention (CDC) have informed that monkeypox disease lasts for two to four weeks after symptoms start surfacing. The officials from the CDC have said that people who are infected with the disease and do not have any symptoms cannot spread the virus.

Health experts have said that lab tests have confirmed that the man from Dallas has been diagnosed with one of the strains of the virus that is quite prevalent in West Africa including Nigeria. This strain of monkeypox virus can lead to fatal infection in nearly 1 in 100 people, said the experts. The officials from CDC have said that people who are dealing with a weak immune system are at a higher risk of monkeypox infection. As per the CDC data, there have been around six other cases of monkeypox among people who have returned from Nigeria earlier. However, the new confirmed case does not appear to be linked to any of the other cases, said the experts. This is the first confirmed case of monkeypox from Dallas County. The person who has been diagnosed with the disease has been kept in isolation in a hospital in Dallas County and he is responding well, said the experts. The officials from CDC have said that they have been contacting airline officials to find out about other travelers who have been exposed to the infected person during the travel from Lagos to Nigeria.

The CDC has said that in 2003, nearly 50 people have fallen sick after contracting the virus after some imported African rodents have passed on the virus to prairie dogs that have infected humans later. Health authorities have launched a government search in 15 states to find out infected prairie dogs at that time. Health experts are a little worried about the situation as despite past instances, authorities have not issued a warning and they are saying that there is nothing to be concerned about right now. Health experts have said that it is the time when authorities need to ramp up public health infrastructure as the virus can any time kick in and lead to another global emergency.