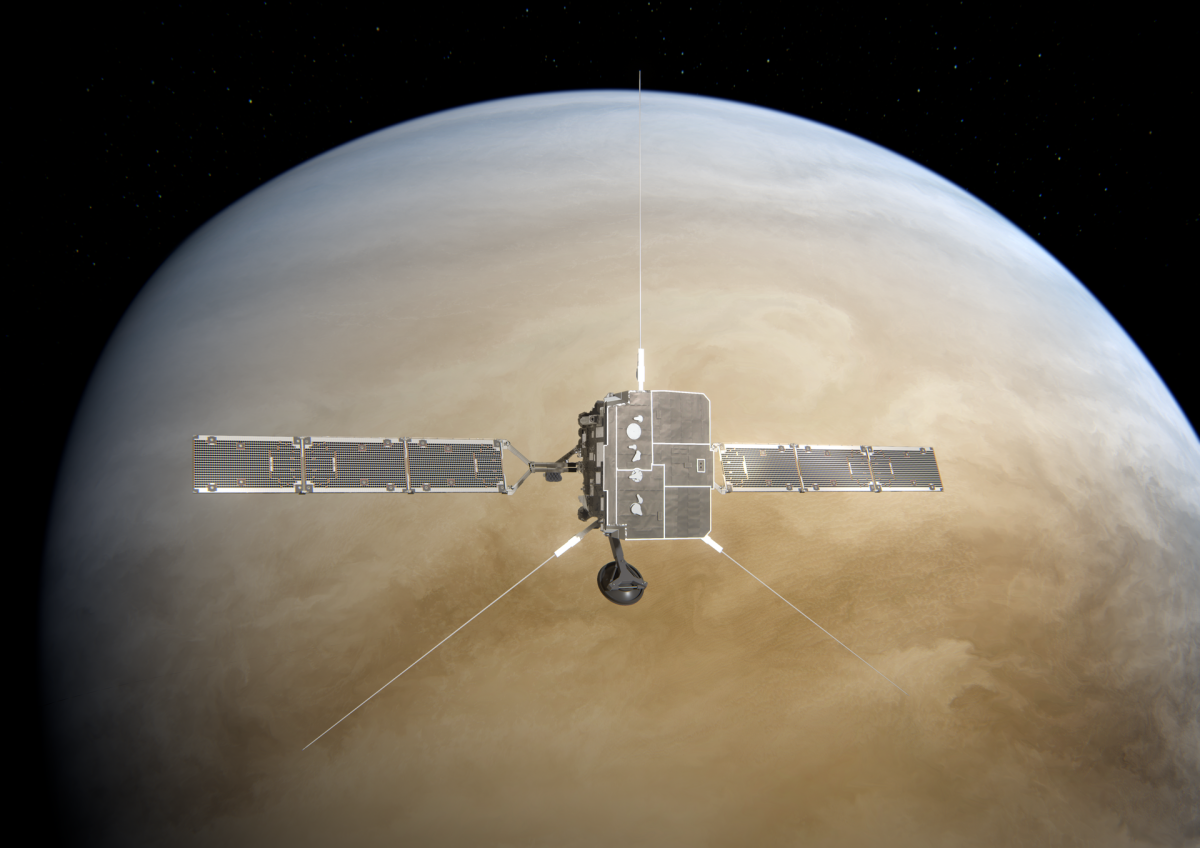 NASA has captured a stunning view of Venus. The gleaming view was captured during a flyby of the Solar Orbiter Heliospheric Imager. SoloHI is a telescope. The Solar Orbiter flew by Venus. It made the closest approach of 7995 km of Venus which is the second planet from the Sun. The Solar Orbiter is a partnership between NASA and European Space Agency. The photos show the planet approaching from the left as the Sun is off the camera. Sun is at the upper right in the picture. Venus’ hidden party from the Sun to the nightside looks like a dark semicircle. It is surrounded by a bright crescent of light. It appears incredibly bright. Scientists expected to resolve Venus’ some features on the nightside. But they said that there was too much signal from the dayside.

The images show a sliver of Venus’ dayside. It reflects excess sunlight that causes the bright crescent. This makes the diffracted rays. It appears that rays are coming from the planet’s surface. There are two bright stars visible before they are eclipsed by Venus. They are Omicron Tauri and Xi Tauri. Both the stars belong to the Taurus constellation. This was not the Solar Orbiter’s first Venus flyby. This was the second flyby. The orbiter made its first-ever flyby in December last year. According to NASA, the spacecraft will make six such flybys till 2030. The Solar Orbiter uses the planet’s gravity to tilt its orbit and move closer to the Sun. The spacecraft will swing itself up in every flyby so that its cameras can look down on the Sun. This will be the first time when a spacecraft will capture images of the north and south poles of the Sun.

NASA expects that the flybys will offer opportunities to study the planet’s environment from different directions. The planet’s thick atmosphere is full of carbon dioxide. Clouds are made of sulfuric acid. This is why Venus is the hottest planet even as it is not closest to the Sun. The orbiter will offer views from those angles that have not been visited by the dedicated orbiter. The Solar Orbiter was launched by NASA in February last year. The agency wants to study the Sun. Meanwhile, NASA will launch two missions to study Venus. The first mission will study the planet’s atmospheric composition and tell how it evolved. The second mission will map the surface of Venus. NASA is hopeful that it will determine the geologic history. This will be the first NASA mission to Venus since 1978.