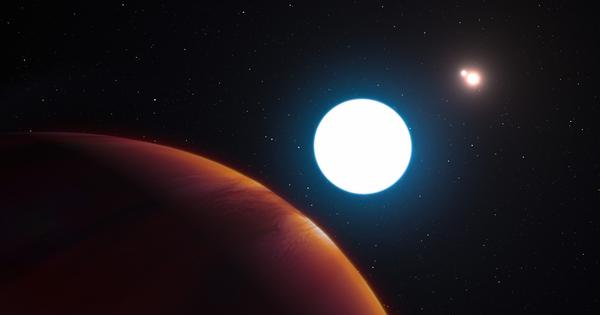 Researchers From UNLV May Have Discovered A Three-Star Solar System

Researchers and colleagues from the University of Nevada, Las Vegas (UNLV) may have identified a three-star solar system. Astronomers from UNLV used a powerful Atacama Large Millimeter/submillimeter Array (ALMA) telescope to make this observation. They have observed a trio of dust rings around the three stars. According to researchers, this is critical for the formation of planets. However, they have observed a considerable gap in the circumtriple disc. This is puzzling for the astronomers. But the three-star system is not that exciting for researchers. The exciting part is that researchers believe that the star system may have orbiting planets. If this is the case, it would be the first triple start system to be ever discovered that has planets orbiting.

The star system that researchers of UNLV are studying is called GW Ori. If the researchers can confirm the presence of planets, it would become the circumtriple orbit to be ever discovered by astronomers. At least half of the all-star systems are believed to be represented by solar systems with two or more stars and these stars are gravitationally bound to each other. This makes them extremely common. Our solar system has a solitary star. Lead author Jeremy Smallwood said that the observations are really exciting for astronomers across the world as it makes the theory of planet formation really robust. “This hints that the process of planet formation is much more active than considered to be by astronomers. And this is something very cool.”

The team of researchers is investigating different origins about the presence of a considerable gap. This also includes the possibility that the gap in the circumtriple disc could be created by gravitational torque from the three stars. After studying a comprehensive model constructed by them, researchers found that a more likely and fascinating explanation for the gap is the presence of one or more massive planets. The planets could be most probably like Jupiter in nature. According to Smallwood, gas giants are generally among the first plants to form within a star system. It is usually followed by terrestrial planets like Earth and Mars. The team has not been able to see the planet itself but findings suggest it. Researchers are looking to have some observations with the help of the ALMA telescope in the coming months. They are hopeful of getting some direct evidence in the coming days.