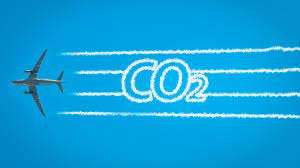 Nowadays, as one may notice, flights have a lesser impact on the environment than earlier. Google, the world’s largest search engine, has omitted a key growth factor for global warming from their online carbon flight calculator.

Dr. Doug Parr, chief scientist at Greenpeace, says that Google has covered up a large portion of the impacts of the aviation industry on climate from its pages. Google hosts nine of every ten online searches. This could have enormous implications for the travel decisions of travelers.

According to the company, it made changes after consulting with its “industry partners.” It impacts the carbon calculator embedded within the company’s search tool “Google Flights.”

Google Flights is a service that allows users to search for flights on Google. It is located at the top of the search results and allows for the browsing of flights and their fares through the internet. It can also calculate carbon emissions from a given journey. Google claims this feature was created “to help travelers make more sustainable choices.“ Google, however, decided in July to exclude any global warming effects of flying other than CO2.

Experts believe that Google’s calculations only represent half of the true impact of climate change by flights. Professor David Lee from the Manchester Metropolitan University, who has authored the most thorough scientific assessment of global warming’s contribution to air travel, says that “it now significantly understates” the global impact of aircraft on the climate.

Climate is affected by flying in several ways, including the carbon dioxide produced by burning aircraft fuel. This includes the formation of thick, thin clouds high in the atmosphere – also known as contrails – which trap heat radiated from the Earth and lead to a net warming effect for the planet.

These additional warming effects mean that, although aviation only accounts for around 2% of global CO2 emissions, it is responsible for about 3.5% of global warming and is a sector with high growth.

According to the International Energy Agency (IEA), emissions have increased by 50% since 2000 and are expected to increase by more than 4% each year over the next 20 years.

Google stated to the BBC that it believes that non-CO2 aviation effects should be considered in its calculations. The company acknowledges them as having a significant impact on flying worldwide.

It argues that the company’s priority remains the accuracy of individual flight estimates it provides to customers. It stated that it is working with academics to better understand how warming effects and contrails affect particular flights.

Why Does an Aircraft Leave Contrails In the Sky?

The UK government has a different approach. It suggests that companies consider the additional effects of flying by increasing CO2 emissions from a flight by a factor of 1.9, effectively doubling their impact. The UK’s Department for Business, Energy & Industrial Strategy cautions companies that the multiplier’s value is “subjective to significant uncertainty.” However, it states that there is “no better way to consider these effects.”

Transport and Environment, an organization that campaigns to reduce the environmental impacts of travel, agrees. It states that “current scientific knowledge is sufficient for us to conclude that non-CO2 emissions account for two-thirds of the total climate impacts of aviation.”

“The industry has kept this problem secret for decades. Google should show its customers the non-CO2 effects of each flight, just as the European Parliament suggested.”

Google’s changes will likely have far-reaching consequences. Sky scanner is the largest online travel agency in the world, with over 100 million users per month. The carbon calculation method used by the company is widely recognized as the industry standard in aviation. Several other online travel companies, including Expedia, Tripadvisor, Visa, Booking.com, and Tripadvisor, have also indicated that they plan to use it.

Kate Brandt, Google’s chief sustainability officer, has stated that the company wants to create tools that allow travelers and businesses around the globe to prioritize sustainability. According to industry experts, the opposite effect will result from the company’s decision to alter its method.

Kit Brennan, a founder and CEO of Thrust Carbon in the UK, says, “I worry that the impact of the equivalent to hundreds of millions of tones CO2 will be overlooked because it has become invisible for customers.” He is concerned that consumers may believe that non-CO2 climate impacts are irrelevant in the long-term, despite evidence to the contrary. This would mean that up to 1.5% of global warming due to human activity would be ignored, and airlines would have to lower their emissions accordingly.