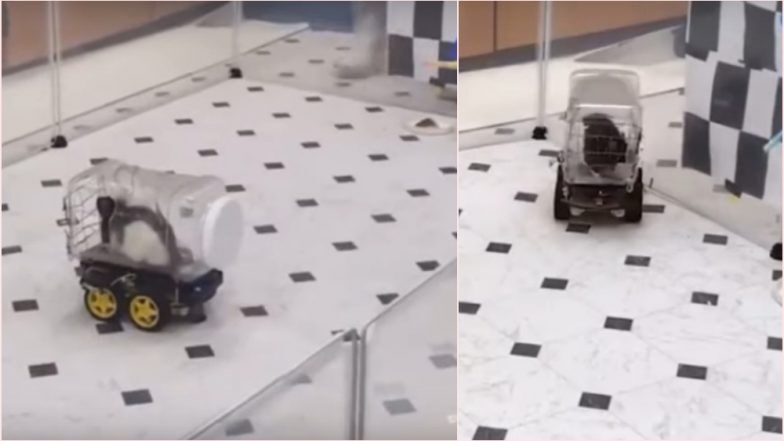 Rats Learn To Drive Tiny Car, They Find It Relaxing

Automobiles were invented to makes lives of humans easier but it turns out that there are other species that can be benefitted by it. According to the researchers at the University of Richmond in Virginia, they have managed to teach lab rats to drive tiny makeshift electric vehicles. Scientists say that the development is crucial as it proves that the brains of little rats are capable of performing much more complicated tasks than previously realised. Surprisingly, researchers noticed that driving cars appeared to reduce the stress of rodents. Now, these results could be used to by scientists to understand depression and anxiety in humans.

“The rat’s brain has all the same neurochemicals and areas as the human brain, of course much smaller, and therefore it is a suitable model for the human brains,” said Kelly Lambert, professor of behavioral neuroscience. Lambert said that human brains are much more complex than rats but we look for ‘universal truths’ about how brains interact with their surroundings to maintain optimal mental health. Lambert and her colleagues did this experiment on 17 rats, including 11 male and six female rats. They were placed in small cars, described as a ‘rat operated vehicle’ or ROV. These cars were created using clear plastic containers and floors were made of aluminium. The cars had three paw-gripping copper bars. When the rats press copper bars, which acted as steering wheels, it created an electric current that moved that care forward in different directions depending on which bar was pressed by the rodent.

The rats are encouraged to press the bars with Froot Loops cereal. As rats started getting used to it, the area is slowly increased to up to 43 square feet.  The rats learned to navigate the car to get their rewards. Interestingly, researchers found that learning to drive actually seemed to relax the rats. It was confirmed by rat-poop tests which showed increased dehydroepiandrosterone (DHEA), which counteracts stress. The rats showed interest in driving and showed more learning capacity as compared to less stimulated rats.