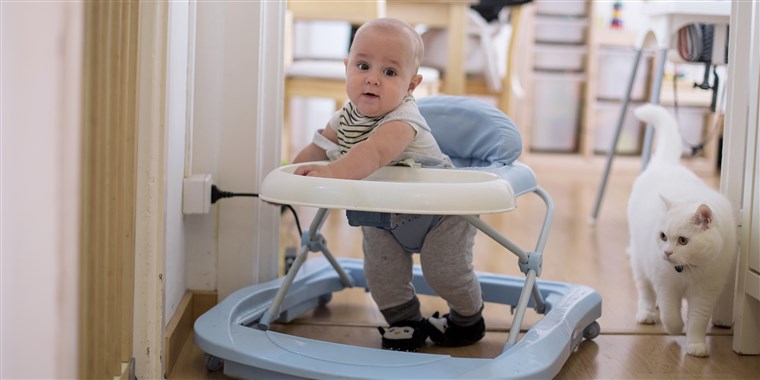 Home / Injuries Due to Baby Walkers Are Still On Rise, Doctors Support a Ban

Injuries Due to Baby Walkers Are Still On Rise, Doctors Support a Ban

More than five babies per day are being injured by baby walkers in the United States region, a recent study has pointed out. It means that the use of baby walkers is doing more harm to the kids than it was expected to. The research also points out that the number of accidents have become lower than what was the case a few decades before. That having said, a number of kids are still becoming victims to these accidents. As per the data from National Electronic Injury Surveillance System of the United States, 230,676 cases are in record that were caused by baby walkers.

However, the numbers cannot be trusted completely, since the record consists of the cases that were added to hospital emergency ward records. There is still a noticeable number of cases where the parents have not taken the kids to the hospital. It means that 5 kids per day may be an understatement when it comes to the actual number of baby-walker accidents. While the research notes the decline in the number of accidents, the numbers are not in any way lower. For instance, the year of 2014 had more than 2000 children getting injured from the baby walkers.