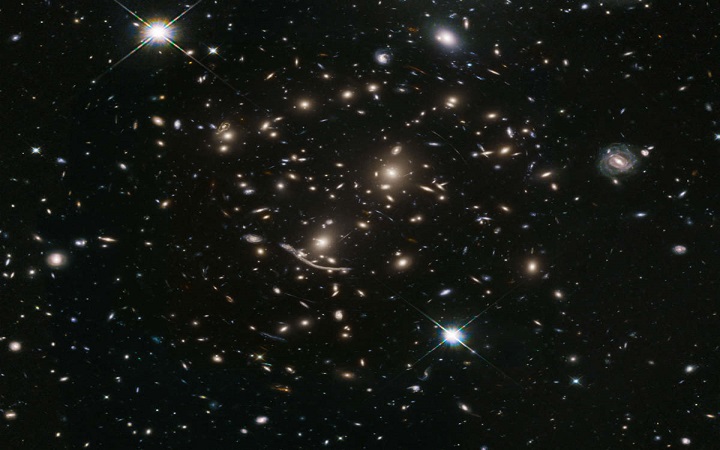 Hubble Telescope by NASA is taking its new steps in the journey of space exploration. According to the latest reports, the telescope will start its new mission that looks for earlier galaxies in the universe. Understanding of the cosmos would be benefited by the knowledge about how these galaxies came to be. To do so, Hubble will explore various galaxies present in the universe and go deep into them. It should be noted that Hubble will be looking at galaxy clusters as well, not just individual galaxies. The mission is based on the idea that ‘core samples’ of the sky don’t represent the universe at its holistic nature.

“A new Hubble observing campaign, called Beyond Ultra-Deep Frontier Fields And Legacy Observations (BUFFALO), will boldly expand the space telescope’s view into regions that are adjacent to huge galaxy clusters previously photographed by NASA’s Spitzer and Hubble space telescopes under a program called Frontier Fields”, said NASA while talking about the particular mission taken by Hubble. The initial observation from the plans were quite impressive, since the scientists were able to collect data about galaxy clusters. These clusters are also working as a natural telescope, where it would help magnify other distant objects in the universe or multiverse.

A galaxy cluster has so much mass that it can bend light. This situation results in the magnification of images from the other side, showing us distant objects. With this help from the clusters, Hubble Telescope will have the option to zoom into some of the oldest galaxies in the universe, thus trying to uncover some of the best-kept secrets of the universe evolution. “The BUFFALO program is designed to identify galaxies in their earliest stages of formation, less than 800 million years after the big bang. These galaxies should help shed light on the processes by which galaxies first assembled. This will help astronomers design strategies for using NASA’s upcoming James Webb Space Telescope to probe the distant universe with its infrared vision.”, added NASA.