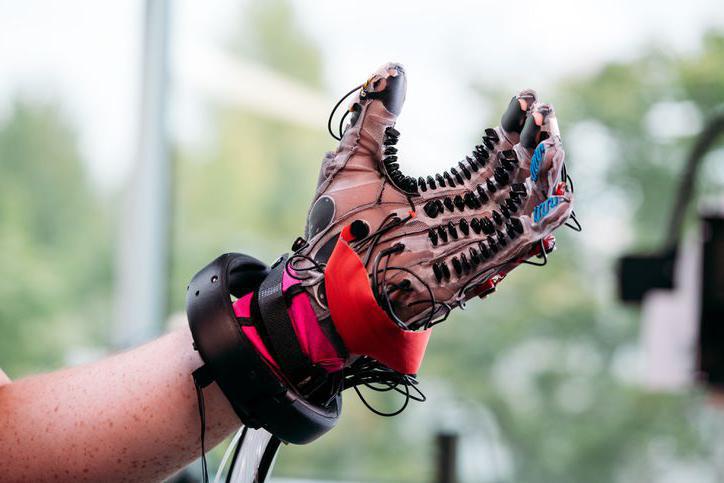 Home / Haptic Gloves for The Metaverse Are Under Development at Meta

Haptic Gloves for The Metaverse Are Under Development at Meta

The VR gloves, according to Meta, depend on haptic simulation to provide “precise commands to the motors on the glove,” and he detailed a scenario in which people’s experiences correspond to what they are accomplishing in the Metaverse. Meta, previously known as Facebook, is going headfirst into virtual reality with a first peek at its most recent research & development on vibrating gloves, which provide tactile feedback when in digital domains. In late October, Facebook renamed itself to Meta to refocus its attention away from social networking and toward the Metaverse as well as VR tech development.

Meta announced the latest advances in haptic glove development from its VR tech business Reality Labs, stating that the device has been in development for 7 years. According to Meta, the gloves use haptic computing which coincides with tracking technologies. The palms seem to be covered with little soft robotic actuators that operate in tandem to offer a similar experience to the user’s palm motions in the Metaverse at their present level of research. Meta, on the other hand, stated that haptic gloves will not be available anytime soon.

“The reality of this being a low-cost, easily available tool for average customers is still a long way off.” “I mean, look at the mess of wires linking these models,” the blog post said. According to Meta, their haptic glove project “began as a moonshot,” but it is getting closer to becoming a reality because of advances in perception science, flexible robotics, microfluidic devices, hand mapping, and haptic modeling. The company also articulated its ambition for the project as it moves forward, reflecting the narrative of the Ready Player One movie, in which VR technology and gameplay have advanced to the point of offering a habitable Metaverse for its players.

“Picture playing on a virtual 3D puzzle with a lifelike 3D avatar of a buddy.” When you take up a digital piece of the puzzle from the board, your hands stop moving as soon as you sense it in your grip.” Many observers are eager to see if Meta will create an “open Metaverse” like its decentralized rivals in the crypto field, or if it will pose a danger to the space by competing for supremacy. Others, however, are highly enthusiastic about Meta’s approach, with Emil Angervall, co-founder and Chief Operating Officer of music tech startup Corite, telling Cointelegraph on Oct. 29 that the company would give exceptional upside prospects for the NFT as well as Metaverse sectors.