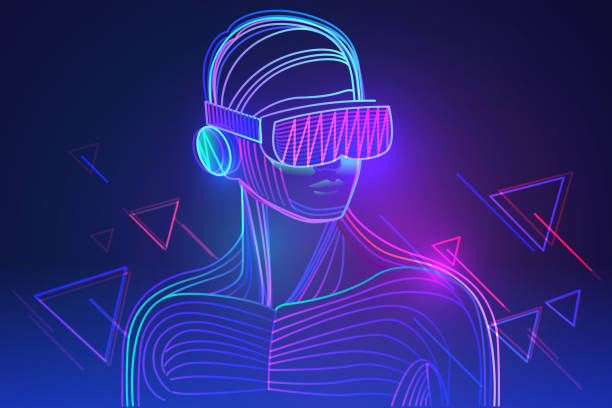 Home / What Is Metaverse? Is It the Next Big Tech Breakthrough After Internet?

What Is Metaverse? Is It the Next Big Tech Breakthrough After Internet?

Facebook is dealing with a number of urgent issues, ranging from potential government regulations to allegations that the corporation is augmenting the spread of misinformation regarding vaccines. However, as CEO Mark Zuckerberg attended a recent teleconference with investors to address the company’s latest quarterly profits, most of the attention was on something quite different: the metaverse. The metaverse was initially imagined as the backdrop for apocalyptic science fiction literature in which online worlds serve as a refuge from failing civilizations. Today, the concept has evolved into a common ambition for Silicon Valley, as it has become a popular topic of discussion among entrepreneurs, venture investors, and tech titans. The goal is to build a world comparable to the web, except one in which users could move around in real-time and communicate with each other.

In recent months, Zuckerberg has been touting his idea for transforming Facebook into a metaverse corporation, stating that he first considered the idea in middle school. The firm announced recently the formation of a novel metaverse division, and Zuckerberg has stated that he envisions the technology as the next generation of mobile internet. Satya Nadella, CEO of Microsoft, also stated recently that his organization is focusing on creating the corporate metaverse. Even Epic Games launched a $1 billion fundraising round to back its metaverse aspirations, bringing the Fortnite creator’s worth to over $30 billion. Notwithstanding the ongoing enthusiasm wave, the concept remains vague, and a fully functional metaverse is likely decades and billions of dollars away. Major corporations entering the conversation today might just want to convince investors that they will not lose out on what might be the upcoming major technological breakthrough and that their investments towards VR, which is yet to achieve widespread market value, will pay off eventually.

The metaverse, the same as the web now, will not be a singular system that is activated all at once, but rather an environment created through time by numerous different firms employing a range of innovations. Hopefully, the ecosystem’s different components will be linked and compatible. Smartphone processing, game consoles, network connectivity, VR goggles, and cryptocurrencies are all critical building elements for establishing the metaverse and guaranteeing consumer acceptance. Furthermore, because the COVID pandemic caused most of the world to operate, study, and socialize from homes, many individuals might feel more at ease communicating online than they were two years back, which internet businesses may be attempting to profit on.

According to supporters of the metaverse, there may someday be enormous commercial possibilities – an entire digital framework dedicated to the trade of virtual products as well as services. It may also improve how people engage with technology. However, there are a number of worries regarding how the metaverse may be utilized or abused. Others in the sector are concerned that an ad-based economic model would produce an environment where the superrich could manage to spend for an ad-free metaverse, mirroring disparities that exist in the actual world.

Additionally, when individuals could physically abuse each other’s digital avatars instead of merely swapping harsh words on the internet, cyberbullying may become more violent. Other problems, such as misinformation, extremism, radicalization may find new scope in the metaverse as well.