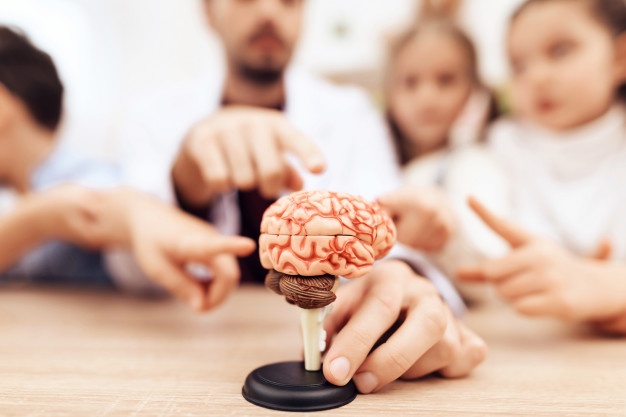 A team of neurologists has found that infants and young children use left and right both brain hemispheres to learn and understand language. While adults process most distinct neural tasks in specific areas or one of the two brain’s hemispheres. Experts claim that children are blessed with this superpower in the brain. Scientists suggest it might be a reason why children overcome a neural injury much faster than adults. This study has been done by the Georgetown University Medical Center in association with the Children’ National Medical Center. This research focuses on only one task, which is learning language especially spoken sentences. It has been published in the Proceedings of the National Academy of Sciences of the United States (PNAS). The new research has solved the mystery that has baffled neurologists and experts for ages.

Experts have said that it has emerged as good news for young children who are dealing with a neural injury. The director of the Center for Brain Plasticity and Recovery has claimed that the use of both hemispheres offers a mechanism, which can compensate after a neural injury among children. He has said that if the left hemisphere of the brain is injured due to a perinatal stroke, a child can learn the language using the right hemisphere. A perinatal stroke can happen during pregnancy or after a month of childbirth. The study says that if a child who is born with cerebral palsy, which damages only one hemisphere, can learn cognitive skills using the other hemisphere. Neurologists say that in adults language processing happens only in the left hemisphere. This has been supported by the findings of brain scanning research. Experts have also proved this through the clinical findings of language loss in patients with the injured left hemisphere.

Neurologists have enrolled around 39 healthy children in the age group of 4 years to 13 years. Around 14 adults under the age group of 18 to 29 years have also been included in the study. Experts have conducted a series of analyses for both groups. The participants have been given a well-studied sentence comprehension task. Scientists have examined the fMRI activation pattern in each hemisphere of every participant. Functional Magnetic Resonance Imaging (fMRI) is used to record brain activity. Researchers have done an all-inclusive brain analysis as well among all the participants to find out the areas where language activation has been linked with age. Experts have found that even young children have left-lateralized language activation. However, a large section of children has shown significant activation in the right hemisphere areas as well. In adults, the right hemisphere is allotted for different tasks like processing emotions via voices. In young children, both hemispheres work for comprehending language and processing emotional effects.