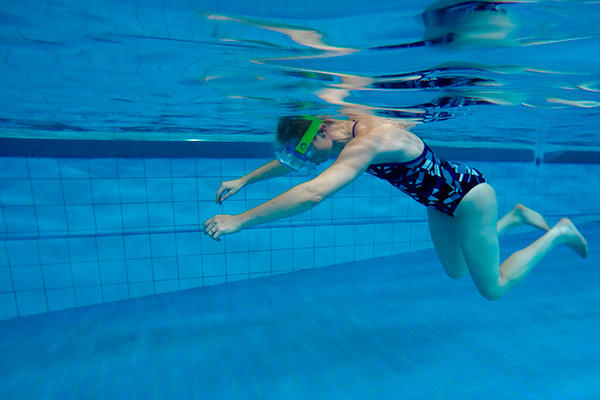 Virtual reality may become a viable option as an alternative in the process of pain management. Virtual reality can help to minimize dependency on pills used for pain relief and hence attracting renewed attention of the industry. Mr. Tom Norris, a 70-year-old retired army officer from Los Angeles, experienced the same when he used his virtual reality headset for a pain relief purpose. After strapping of VR, he felt like he is transported to sunlight lagoon, immersed and swimming in the warm look water. This experience was fantastic for him as he felt like he is doing the same activities in reality. He felt a strong pleasure, peace, and relaxation as he experienced dolphins romp and swim by in virtual reality device. Mr. Tom Norris has a chronic pain through his back, neck, spine, and hips owing to injuries in the past. Now Mr. Norris has felt very mild pain after about the experience of VR of swimming with dolphins only for 10 minutes with sound effects via headset. Since he is introduced to the virtual reality, he is addicted to the same and also tried other experiences like wilderness walks.

In the early period of this month, a study was published in the PLOS ONE journal by the author Mr. Brennan Spiegel. He is a physician by a profession and director of Los Angeles based Cedars-Sinai Health Services Research Institute. This study conducted in a particular hospital in which individuals were having treatment for various indications such as pain associated with oncology and orthopedic. In this study, the research institute used a headset of Samsung Oculus, which was attached with a VR app-enabled phone. Institute also offered a library of 21 virtual reality experiences through an app and advised to utilize for three sessions on a daily basis, 10 minutes for each session. Mr. Brennan Spiegel’s study also received part-fund by an Applied VR company which is actively involved in the sale of VR software.

The actual effective factors and methodology are unclear about how the virtual reality experience works to reduce the perception of pain. According to a pain specialist, there are multiple factors and distraction is one of among others. Mr. Spiegel concluded and mentioned that, when the mind is intensely busy in an immersive experience, it is challenging to recognize stimuli outside of the arena of attention. Subsequently, a virtual experience of swimming with the dolphins may overcome auditory, visual, and other senses. Virtual reality is believed to produce an immersive interruption that limits the brain from processing pain.