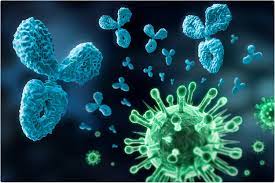 A new study from Israel has shown that naturally acquired immunity from initial COVID19 infection might offer persistent protection from the delta variant as compared to two doses of Pfizer shot. The Israeli government has started their vaccination program with Pfizer- BioNTech vaccine early this year. The study has been done by Maccabi Healthcare Service from Israel. The authors of the study have observed individuals who have been immunized with two doses of Pfizer shot by the end of February or have been tested positive for COVID19. They have compared 46035 members of Maccabi Healthcare Service, who have been infected with the virus at some stage during the pandemic, and the same number of people who have been fully protected with two doses of the shot. The study has found that people who have been vaccinated with two doses of the shot are seven times higher odds of being infected with the delta variant as compared to people who have not been immunized and have been infected with the virus in the past. The study has not been peer-reviewed yet. The authors of the study have not taken booster shots into consideration that are being given widely in Israel. They have looked into the two-dose regimen of COVID19 shots that has received worldwide significance.

Health experts have said that the findings do not discourage people from taking the shots. Dr. Cyrille Cohen from the Bar Ilan University has said that some people, who do not want to be vaccinated, might think that it is good to get infected to be protected from the delta variant, however, it is a medically wrong perception. He has said that the findings do not suggest that people should get infected on their own and fall sick. It is much safer to be vaccinated to prevent infection, hospitalization, and death said the expert. Health experts have looked at 748 breakthrough cases of COVID19 where 640 people have been vaccinated and 108 people have been previously infected with the SARS-CoV-2 virus. People who have been infected with the virus in the past have been relying on naturally acquired immunity. Experts have said that people who have taken vaccines have been 6.7 times higher risk of being hospitalized. A set of 16215 people who have been infected in the third wave of the pandemic in Israel has been compared with an equal number of people who have been immunized during that time. Experts have said that the contract between these two groups has been even starker. The findings of the study have shown that there have been 27 times higher odds of the delta variant breaking through vaccine immunity and leading to severe symptoms during January and February 2021. The authors of the study have said that patients who have recovered from the disease and have been given a single vaccine shot to boost their immunity have been found with even higher levels of protection. People who have been infected with the virus in the past and have received only one dose of the shot have been found with extra immunity against the delta variant.

The study has been led by Dr. Sivan Gazit, who has been working as deputy chief of Maccabi’s research wing. He has said that the large Cohort that has been provided by the country’s rapid rollout of the mass vaccination program has helped experts to test the risk of additional infection, be it breakthrough infection among vaccinated people or reinfection among people who have been infected in the past. The findings of the study offer a kind of immunity hierarchy. The findings show who is having maximum immunity and who is less protected from the virus. The authors of the study have not studied the long-term immunity that is offered by an additional booster dose of COVID19 shots.