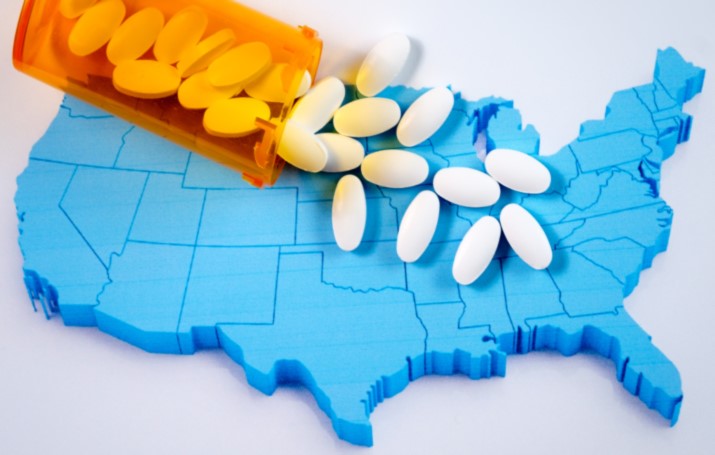 A large-scale new study has found that exposure to acetaminophen during pregnancy might shoot up the risk of attention deficit hyperactivity disorder (ADHD) and autism spectrum disorder in children. The study has been sponsored by the National Institutes of Health (NIH) and the Agency for Health Care Research and Quality. The new study has been led by Dr. Xiaobing Wang from the John Hopkins University Bloomberg School of Public Health and his team. Experts have said that ADHD is defined by a pattern of hyperactivity and impulsive behavior. They have said that autism spectrum disorder (ASD) is a severe developmental disorder; it affects a child’s behavior and interactions with others and learning process. The authors of the new study have said that it is one of the more extensive studies of its kind.

The findings of the study support the outcomes of recent studies from Denmark and Spain that have revealed that autism is linked to the use of paracetamol during pregnancy. However, these studies have been found with some limitations as the findings have relied on mothers’ self-reports to measure the use of paracetamol. Experts have said that it is a technique that is more prone to errors. To avoid fallible reporting, the authors of the study have calculated the levels of acetaminophen or paracetamol in the blood samples taken from the umbilical cord at the time of birth. The findings of the new study have been released in the journal called JAMA Psychiatry.

The team of Dr. Xiaobing Wang has looked at around 996 children who are born to mothers who have been enrolled in the Boston Birth Cohort that is a study of single, non-IVF births beginning from 1998 to 2018.  The original study has enrolled more than 3000 mothers and babies. The authors have taken the subset, as there have been enough blood samples from umbilical cords to do conduct the remaining tests. In the Boston Birth Cohort, kids have been monitored for more than two decades with necessary tests. In some cases, kids have been screened for autism spectrum disorder and attention deficit hyperactivity disorder (ADHD) as well. The team of Dr. Xiaobing Wang has collected these data as well and conducted the study. The authors of the new study have tested the blood samples from the umbilical cord for paracetamol and two of its breakdown products.

The outcomes have shown that how much quantity of drugs the fetus has been exposed to in the time close to birth. Experts have divided the level of drug exposure into categories of low medium and high. While reflecting on the data, they have found factors that can increase the risk of autism in children such as maternal age, weight, fever during pregnancy, extreme prematurity, and low birth weight. These factors have confused the overall picture of the findings. Later, they have adjusted for these factors and have come up with a link between the usage of paracetamol during pregnancy and the risk of autism and ADHD in children. The findings of the study have already heated an awkward debate.

The authors of the study have said that infants in the group of high paracetamol usage have been found to be at four times higher risk of developing autism spectrum disorder as compared to babies in the group of low paracetamol usage. Babies who have been born to mothers who have been using high amounts of paracetamol during pregnancy have been at three times higher risk of being diagnosed with ADHD later in life. The authors of the study have said that umbilical cord biomarkers of fetus exposure to acetaminophen have been linked to a significantly elevated risk of childhood ADHD and autism spectrum disorder (ASD) in a dose-response way. Experts have said that paracetamol affects in a surprisingly complex way but considering its widespread use, it produces an enzyme known as cyclooxygenase or COX as part of its anti-inflammatory and pain-relieving effect.

Scientists have claimed that secretion of cyclooxygenase or COX is linked to issues with brain plasticity and spatial learning in rats. Many studies have shown that paracetamol can directly cause brain cell death in rodents. Many experts have said the new study as well has some limitations. They have said that the level of paracetamol reduced by half after every three or four hours, therefore, cord blood samples only show the amount of paracetamol taken by mothers around the time of birth, not throughout pregnancy. However, Dr. Wang and his team have said that the time around childbirth as well is a very crucial period. They have said that many animal studies have shown that the perinatal period is an essential exposure window for acetaminophen to cause behavioral aberrations in mice. However, there are further issues with the study, said other experts. The clinical director at Melbourne IVF and Royal Women’s Hospital in Australia, Alex Polyakov has said that children who have undergone neurodevelopment testing have been included in the new study.

Neurodevelopment testing has not been a routine for the entire cohort. He has said that the extremely high prevalence of all neurodevelopment issues in this study shows a major selection bias. Alex Polyakov has claimed only 32.8 percent of children have been included in the study who have not been diagnosed with ADHD, ASD, development disability, or a blend of all three issues. The expert has said that the real-time use of the findings of the study on the general population, where the frequency of these conditions is considered less than five percent, is highly dubious.  Norman Saunders, who is a neurobiologist at the University of Melbourne, has said that there has been no pregnant patient group that has not been exposed to paracetamol. Norman Saunders and Alex Polyakov have not been involved in the new study.