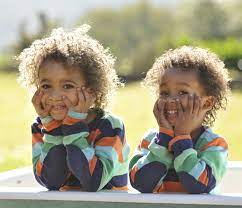 A new report has shown that young adults belonging to Hispanic and Black minority groups are at a higher risk of type 2 diabetes. The authors of the study have said that cases of type 2 diabetes have sharply shot up among Black and Hispanic teens and children. They have said that the number of young adults below 20 years who are dealing with type 2 diabetes has shot by an astounding 95 percent. This report has been financed by the US Centers for Disease Control and Prevention (CDC). The study has noted that Black and American Indians have accounted for the highest number per 1000 children and adolescents who are living with type 2 diabetes. The National Institutes of Health (NIH) as well as supported the study. Experts have said that in the United States, type 2 diabetes is often led by additional weight gain or obesity. The CDC has reported that nearly 20 percent of kids and teenagers who are living in the US are suffering from obesity. However, type 2 diabetes can be prevented, said the experts. The findings of the new study from the CDC and NIH have been reported in the Journal of American Medical Association (AMA). The authors of the study have said that Native American tribes have been struggling with high incidents of diabetes for a long time. However, the emergence of the COVID19 pandemic has made the issue even worse. The pandemic has indicated that the issue should be addressed with immediate effect.

The findings of the study have revealed that people who are diagnosed with type 2 diabetes at a younger age are at a higher risk of developing early complications as compared to people who are diagnosed with the disease later in life. Health experts who have been involved in the study have said that type 2 diabetes can result in a multitude of other health issues that can threaten the overall health of the patients. Elizabeth Selvin, who is an epidemiologist, has claimed that the longer an individual struggles with the disease, the more likely he or she is to be diagnosed with other health issues that are linked to the eye and heart. Dr. Selvin has specialized in diabetes research. She has said that the findings of the new study are quite alarming. Dr. Elizabeth Selvin works as a lecturer at Johns Hopkins Bloomberg School of Public Health. She has said that the increase in the number of young adults suffering from type 2 diabetes is quite concerning. She has said that earlier, health experts have thought that type 2 diabetes is an ailment that affects adults only. However, now, the threat of type 2 diabetes has taken a toll on young children and teens as well and this disease is going to be with them all their lives. The new study has looked at the data of more than 3 million young adults from 2001 to 2017. The participants who have been observed in the study have belonged from multiple states in the US such as California, New Mexico, Colorado, South Carolina, Arizona, Ohio, and Washington. Dr. Elizabeth Selvin has said that although the findings of the study have been derived from specific regions in the US, they are quite consistent with what health experts are reporting in the nationwide database.

A pediatric endocrinologist, Dr. Dayna McGill, who works at the Massachusetts General Hospital, has said that the findings of the report are relevant and very essential to prevent young children from the dreaded disease. Dr. McGill has said that the new report shows that health experts need to put in a lot of hard work to save the young population from the disease. Health authorities need to enhance access to care and lessen the disparities that young adults from minority communities face on regular basis. The US Health system has been struggling to bridge the gap between white people and minority groups in providing proper health care. As per the latest report, minority patients are underrepresented in four of the five US hospitals. Dr. McGill has claimed that social factors and structural biases such as lack of access to safe play areas, healthy diets, and team sports input lead to weight gain among young adults from minority groups. A different study that has been funded by the NIH has shown that mostly the diets of children in the US contain highly processed foods. Black and Mexican-American kids as well have been found with higher increases in calories that have been derived from ultra-processed food items. The authors of the new study have said that children who do not have enough access to health care are often diagnosed with the disease quite late. It sets them for uncontrollable diabetes. Dr. Dayna McGill has said that these children are diagnosed with diabetes at a much severe stage. She has said that health officials need to address this issue quite aggressively with all treatment options available to get their glucose levels in control as faster as possible.