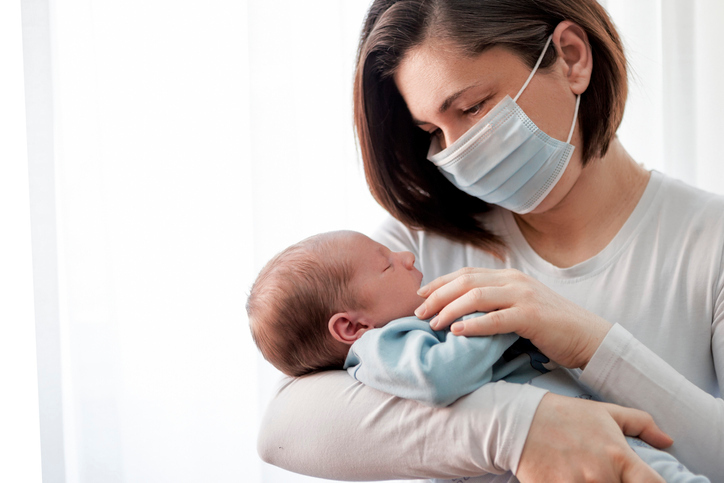 A team of scientists from the University of Florida has found that mothers who have been inoculated against the SARS-CoV-2 virus might be able to surpass COVID19 antibodies to their babies while feeding them breast milk. Experts have said that immunized mothers will be able to provide enough protection to their nursing babies against COVID19 infection. The authors of the study have said that antibodies that are passed through breast milk might be quite beneficial for babies; however, there is a need for further studies to identify their effects on babies. The co-author of the study, Dr. Josef Neu has said that there are several mothers who are hesitant to take vaccines and they think they are doing best for their babies by not being vaccinated. Well, now the findings of the study have confirmed that antibodies passed through breast milk might be beneficial for their babies and offer some immunity against the virus. Dr. Neu is working as a professor at the UF College of Medicine Department of Pediatrics and the division of Neonatology. A senior author of the study, Dr. Joseph Larkin III has said that when babies are born, their immune systems are not fully functional. At this stage, they are not eligible to take COVID19 vaccines and they are quite vulnerable to SARS-CoV-2 infection and are unable to protect themselves.

However, the breast milk of mothers who are vaccinated has COVID19 antibodies, which works like a toolbox that can be used to reduce infants’ vulnerability to COVID19. Dr. Joseph Larkin III is an associate lecturer at the University of Florida Department of Microbiology and Cell Science.
The co-author of the study, Dr. Josef Neu has said that milk is a forceful substance, it goes through changes that correspond to certain environmental conditions, which moms and babies are exposed to. It can certainly help infants to fight against any foreign invader that is present in the environment. Experts have said that the new study has started in December 2020, when health care workers have been getting COVID19 shots. The study has run through March 2021. The authors of the study have enrolled 21 lactating mothers who have been working in the health care sector and have never tested positive for COVID19. These participants have been eligible to be vaccinated with either Pfizer or Moderna mRNA vaccines.

Experts have tested them three times, for the first time before they have been vaccinated, and then after they have received the first doses of either shot and for the third time they have been tested after completing their two-dose regime that means after the second dose of the shots. Dr. Larkin has found that after the second dose, the levels of immunoglobulin A antibodies have increased 100 fold. He has claimed that COVID19 antibodies are still present in breast milk even if it is frozen or stored. There have been multiple past studies that have confirmed that COVID19 antibodies that are produced by pregnant women who have been immunized are usually transferred to the fetus via the umbilical cord blood.

Many experts have said that there are certain limitations to the study that has been done by experts from the University of Florida (UF). They have said that the findings of the new UF research have not shown that how much immunity is provided to infants through antibodies that are transferred to them via breast milk. However, the team of experts trying to find answers for these concerns in their forthcoming research. The findings of the study have claimed that COVID19 vaccination has been safe among those 21 lactating mothers who have been immunized against the disease during the first phase of the vaccine rollout program in the US. The authors of the study have said that vaccines have offered them sufficient immunity against the virus. Dr. Neu and Dr. Larkin have said that the findings of the study do not mean to stress those mothers who are unable to breastfeed their babies, rather their findings encourage people to take shots. Dr. Larkin has said that by getting the vaccines, mothers are helping their babies big time.

Experts from the US Centers for Disease Control and Prevention (CDC) and the co-author of the new study have said that pregnant women or women who have recently conceived are at an elevated risk of being severely ill due to the SARS-CoV-2 virus. There are many women across multiple states in the US who are fighting for their lives on ventilators after becoming severely ill with COVID19. Pregnant women are at a greater risk of premature births and miscarriage as well. In some cases, pregnant women who are not vaccinated against the deadly virus can lose their lives as well, said the experts. Health experts have said that such deaths can be averted with high rates of vaccination.