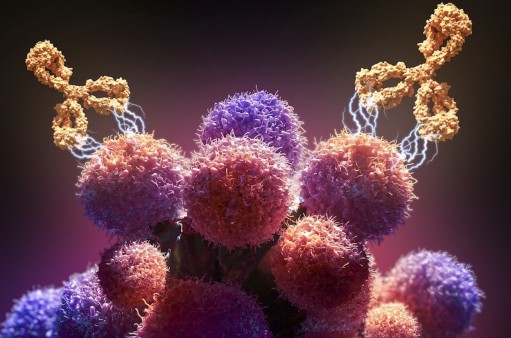 A phase 2 study from Icahn School of Medicine of Mount Sinai has found that a new drug called evinacumab has been proved to be effective in reducing low-density lipoprotein (LDL) cholesterol by 50 percent. Experts have said that the drug will work on patients, who have been dealing with acute hypercholesterolemia. The study says that evinacumab can be used on such patients who are resistant to standard treatment. This study has been funded by Regeneron. The findings of the research have been presented as late-breaking science at the American Heart Association Scientific Sessions. The study has been published in the New England Journal of Medicine as well. As per the experts, evinacumab is a complete human monoclonal antibody. It uses a different mechanism than other drugs to bring a severely high level of cholesterol to a normal level. It is combined with maximally tolerated lipid therapies to be used on people with inherited hypercholesterolemia. It is a condition, which is inherited from family. At the same time, it is quite hard to treat.

The study has shown that the drug can cut down LDL cholesterol by 50 percent in patients who fail to achieve normal levels of cholesterol through maximally tolerated lipid therapies. The lead author of the study, Robert Rosenson has said that the drug reduces angiopoietin such as protein 3 (ANGPLT3). It lowers LDL cholesterol using an LDL receptor-independent pathway. Other genetic studies as well have shown that people who do not have or have low levels of ANGPLT3 are identified with low levels of LDL cholesterol throughout their life. Such people are at low risk of atherosclerotic cardiovascular ailments as well. The phase 2 study has included 272 patients with high levels of LDL Cholesterol. Most of the participants have been dealing with heterozygous familial hypercholesterolemia (HeFH). This condition is an inherited type of disease. It occurs due to mutations in the LDL receptor gene. It has been a placebo-controlled study. Experts have found that a weekly subcutaneous dose of 450 mg drug has led to a 56 percent cholesterol drop. At the same time, 300 mg drug has reduced cholesterol levels by 52.9 percent. A monthly intravenous dose of 15 mg/kg drug has been able to lower the levels of LDL cholesterol by 50.5 percent. All the participants of the study have been on lipid-lowering remedies as well.

Most of the patients have endured evinacumab quite well. Only one patient, who has been treated with a subcutaneous dose of the drug, has been diagnosed with some breathing difficulties. Another patient has shown an anaphylactic reaction. Both patients have discontinued their medication and their symptoms have been treated with some other treatments. Although there have been two deaths as well during the trial, however, it has been due to some underlying health issues. Nearly 7 percent of adults in the US have been dealing with high levels of LDL cholesterol. The inherited form of the disease as well as prevalent in one out of 313 patients. However, this condition is more common in people who are dealing with heart issues.