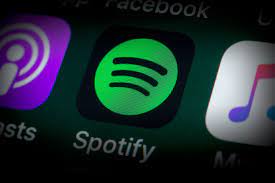 Swedish audio streaming company Spotify is set to surpass Apple Podcasts in terms of users. The company has claimed that it will have more users than Apple in the United States soon. It will achieve the feature by the end of this year. According to Spotify, more people will be listening to its podcasts than Apple Podcasts. The music streaming giant has more than 299 million listeners. It has a presence across 92 markets. It is predicted that Spotify’s podcast user base will grow to an average of 28.2 million listeners monthly. This will take the company ahead of the rival Apple. Apple Podcasts’ monthly listeners base is expected to touch 28 million. Notably, Spotify has aggressively developed its podcasting platform.

Spotify is expected to get the biggest slice of the growing user pie. It is expected that it will gain immensely in terms of listeners by 2025. Although the podcast market is predicted to decelerate in the coming times, Spotify will cement its position. It will continue to be a leader. Spotify aims to grow its base over the next four years. It will reach over 43 million users on a monthly basis. This will account for around 13 percent of America’s population. Apple will, however, add new listeners to reach 29.1 million by 2025. According to an estimate, 117.8 million people currently in America listen to at least one podcast. This is equivalent to over 35 percent of the total population. This number of listeners will rise to 131.2 million in 2023.

It is also estimated that a good number of Internet users are attracted by podcasts. Accordingly, a total of 40 percent of people using the internet will be listening to a podcast for a month at least this year. This figure is likely to increase to 45 percent in the next two years. Notably, Apple already has a hand in podcast creation. But the iPhone maker has just recently made moves to make its presence felt and capitalize. Earlier in June, it launched a podcast subscription mechanism. Spotify launched a similar feature in August. The premium podcast feature is available for USD 150. Both Apple and Spotify’s premium podcast subscriptions allow podcasters to create exclusive content and generate additional revenue.