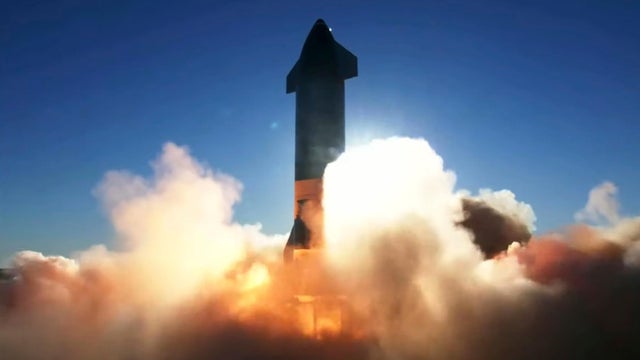 Elon Musk’s SpaceX Starship SN8 was test-fired from the company’s testing facility in Boca Chica, South Texas on Wednesday. It successfully completed its first high-altitude flight by soaring eight miles above the testing facility and maneuvered its way back as planned. But the landing was not as expected and the prototype exploded in an enormous plume of flames. It appears that the speed of the spacecraft was not slow enough for the proper landing. Something of this sort happened during the several landing attempts of Falcon 9 until it did it right. This all happened in a live feed and SpaceX announced that it was a successful test flight. The aerospace manufacturer said that it is now moving to text the next prototype SN9.

SN8 is one of the early development models of the technology that Elon Musk hopes will ferry humans to the Mar. He had tried to dampen the expectations from the outcome of the test flight by saying that the SN8 vehicle had just one-in-three chance of safe landing. After the landing target was not achieved, Musk said that there was some issue with the fuel system of the rocket which caused crash landing. Green and yellow flames were seen all around after the rocket touched the ground. The company is known to embrace failures and quickly learn from errors to move ahead.

Musk, in a tweet, said that the ascent was successful with a precise flap control to the landing point. “Low fuel header tank pressure caused the high-speed touchdown which led to the massive explosion,” he explained in a follow-up tweet. Musk said that the team has got all the data needed to improve things and make everything in order for future tests. SpaceX had to halt the launch test twice this week just a moment before the countdown clock. It was not clear why the launches were halted, though the canceling at in last-minute is not uncommon.