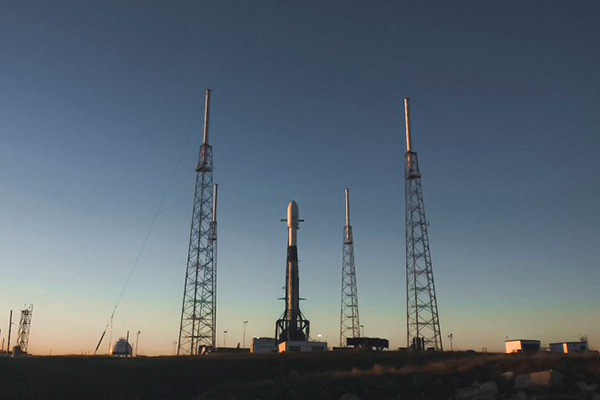 On Monday, SpaceX has deployed the latest batch of 60 Starlink internet-releasing satellites into the orbit. Now, the tiny satellites will enter into Earth’s orbit at the height of 174 miles. After that, the group will slowly move upwards up to 217 miles. The company eventually aims to build the world’s largest satellite constellation. Through the effort, it will offer constant top-speed internet from the space across the globe. But SpaceX may face some challenges while providing the space-based internet service on the ground. First of all, it will require to assemble small terminals, which will enable users to access the internet.

According to the company’s blogpost, Starlink will provide reliable and high-speed internet even at remote locations. In other words, users will be able to access the internet at regions where access has remained costly, unreliable, or entirely unavailable. Well, in the current year, SpaceX launches will mostly include the deployment of Starlink satellites. Elon Musk, the SpaceX CEO, has said they will require a minimum of 400 Starlink satellites to provide minor broadband service. Even more, the company will need no less than 800 small satellites to offer medium coverage.

SpaceX is not the only company preparing to develop a satellite constellation to offer internet service. But currently, it is the dominant constellation of telecom satellites. Even more, the Elon Musk company has obtained federal support to deliver over 10,000 satellites. In the upcoming time, it aims to receive approval for launching more 30,000 satellites in orbit.

On the other hand, OneWeb has deployed a set of six satellites in the previous year. Whereas, after the latest launch, the number of SpaceX’s satellites in space will rise to 180. Even more, the latest effort has paved the way for SpaceX to become the first company to offer widespread internet coverage from space. As per the company, Starlink will first start offering internet services in some locations of Canada and the U.S. Later, it will debut the service to a global extent. Yet SpaceX has not announced details of pricing plans for its latest service.