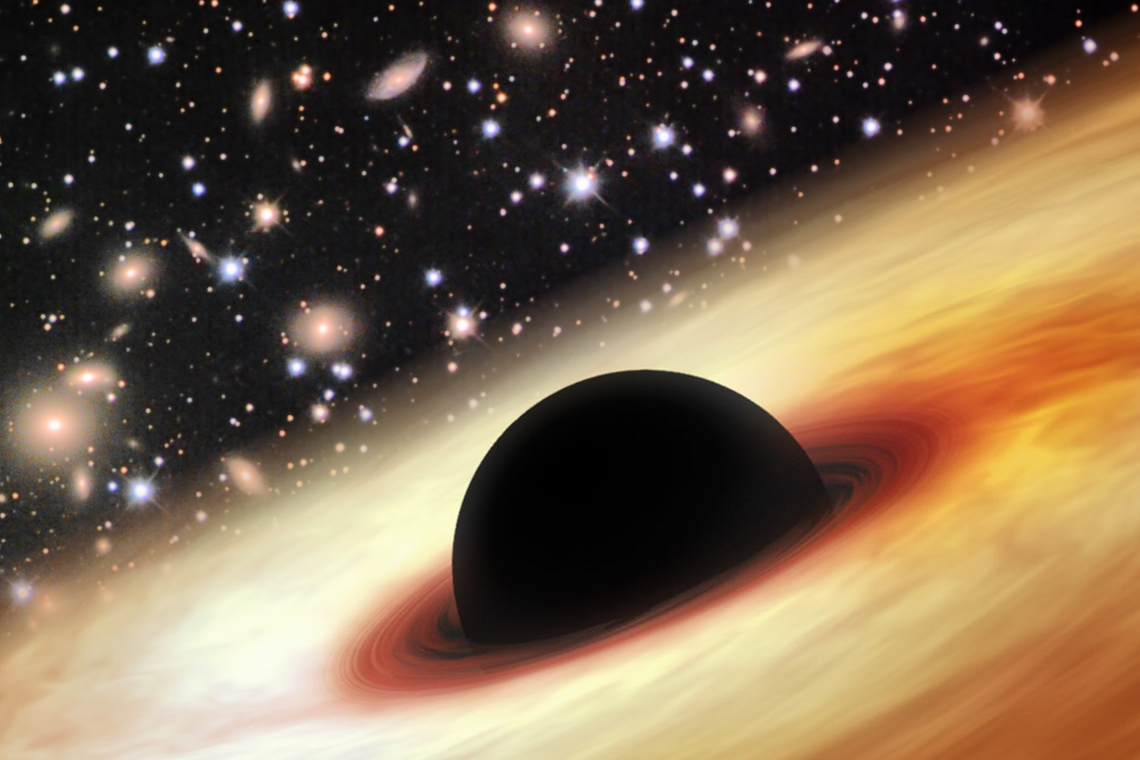 Astronomers have found a quasar in a dark bend of space, which is around 13.03 billion light-years away. They have revealed that in the center of this quasar, there is a Supermassive black hole, which is 1.6 billion times more gigantic than the sun. Experts have said that the quasar, which has been dubbed as J0313-1806, belongs to a time when the universe has been just 670 million years old, around five percent of its current estimated age. The study has confirmed that at such a distance, this quasar has become the earliest black hole in the universe. It has replaced the previous champion J1342+0928, which has been found in 2017. Scientists have said that the black hole, which has been detected in 2017, might have existed when the universe has been only 690 million years old. Scientists have announced the findings of the oldest black hole during the 237th meeting of the American Astronomical Society. However, the discovery of the Supermassive and earliest black hole has left scientists with many puzzling questions.

Quasars are highly luminous objects in the universe. They are located at the center of galaxies but in the heart of these quasars, there is a Supermassive black hole, which is millions to billions of times more enormous than the sun. Experts have said that the intense gravity, which surrounds the black hole, captures gas and dust and it can rip apart stars as well. It results in a trail of debris in a disk, which encloses the black hole. The debris thrashes around at a superfast speed and emits a massive amount of energy, which is seen by observers on Earth across the electromagnetic spectrum as bright light. As explained by astronomers, J0313-1806 shines 1000 times brighter than the whole Milky Way galaxy. With the help of ground-based observatories including the Atacama Large Millimeter/Submillimeter Array (ALMA) in Chile, scientists have been able to find the quasar. ALMA is the biggest radio telescope in the world. Observers have confirmed the distance with absolute precision. They have examined some of the properties of the Supermassive black hole in the central region of the quasar. As per the observations made by the experts, the mass of the black hole in the quasar is 1.6 billion times greater than the sun. However, there is an issue with the mass of the newly discovered oldest black hole. Experts have said that as the black hole cannot be older than 670 million years; conventional theories of the growth of black holes cannot precisely calculate its size in such a short time. The current theory of understanding about the formation of black holes is based on stars collapsing on their own but this theory will not be able to explain why the J0313-1806 black hole is so massive.

A scientist at the University of Arizona and co-author of a forthcoming paper, Xiaohui Fan has said that to grow to this massive size, the J0313-1806 black hole might have started with a seed of a black hole of a minimum of 10000 solar masses. He has said that it is possible only in the direct collapse scenario. This scenario speculates that it is not the stars, which collapse into the black hole rather it is vast amounts of cold hydrogen gas in the cloud. This theory is one of the many ways, which can explain why scientists are able to find such huge black holes in the ancient universe. However, this not the only observation, scientists have been able to make. With the help of spectral data, they have found that the Supermassive black hole has been guzzling up the equivalent of 25 suns per year, which means it is still in the growing phase. Xiaohui Fan has said that there are many quasars, which are in the process of creating their own Supermassive black holes. As per the report, the James Webb Space Telescope, which is going to be launched on 31 October this year, will be able to provide more insight into the formations of such Supermassive black holes in the early universe. The findings of the study will be published in Astrophysical Journal Letters.