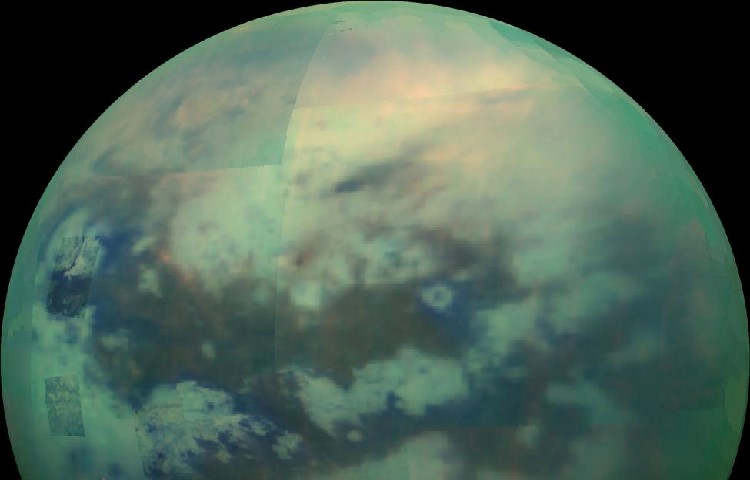 Scientists always consider Saturn’s Moon Titan as one of the fanciest moons and the place for humans to explore and live. As the scientists and astronomers keep observing Titan, they’ve spotted the weird Ice formations on the Titan. The unique water ice formation on the surface of Titan stretches thousands of miles and covers almost half of the body. Based on the data gathered by Cassini Spacecraft, scientists have spotted a thousand miles stretch of Water Ice. The scientists are surprised to detect the existence of this weird water ice formation on Saturn’s moon and are not so sure about it.

Cassini spacecraft self-destructed itself in September 2017 by entering in Saturn’s atmosphere. Before its death, it collected the data about Titan in almost 100 flyby missions in 13 years of life. Based on the data received before the self-destruction, scientists have discovered the existence of water ice formations. The data size sent by Cassini spacecraft is so vast that it is taking years to process the data and come to a conclusion. Jani Radebaugh, a planetary scientist at Brigham Young University in Utah, is happy to see the scientists working on the projects are processing the data and coming to a conclusion.

Titan is considered as an Active celestial body, with Nitrogen-rich environment, Nitrogen rains to fill the lakes and seas and also the geographic formations, which makes it pretty much like an active planet. The Nitrogen-Rich atmosphere restricts the human eyes to see through, and thus the scientists have the only option to use the data they have from Cassini flyby missions. About the Water Ice formations, Scientists are assuming the structure stretches around 3,900 miles and might be formed due to the cryovolcano activity, that erupted the water inside the crust. After studying the data, Scientists published the report in the journal Nature Astronomy.