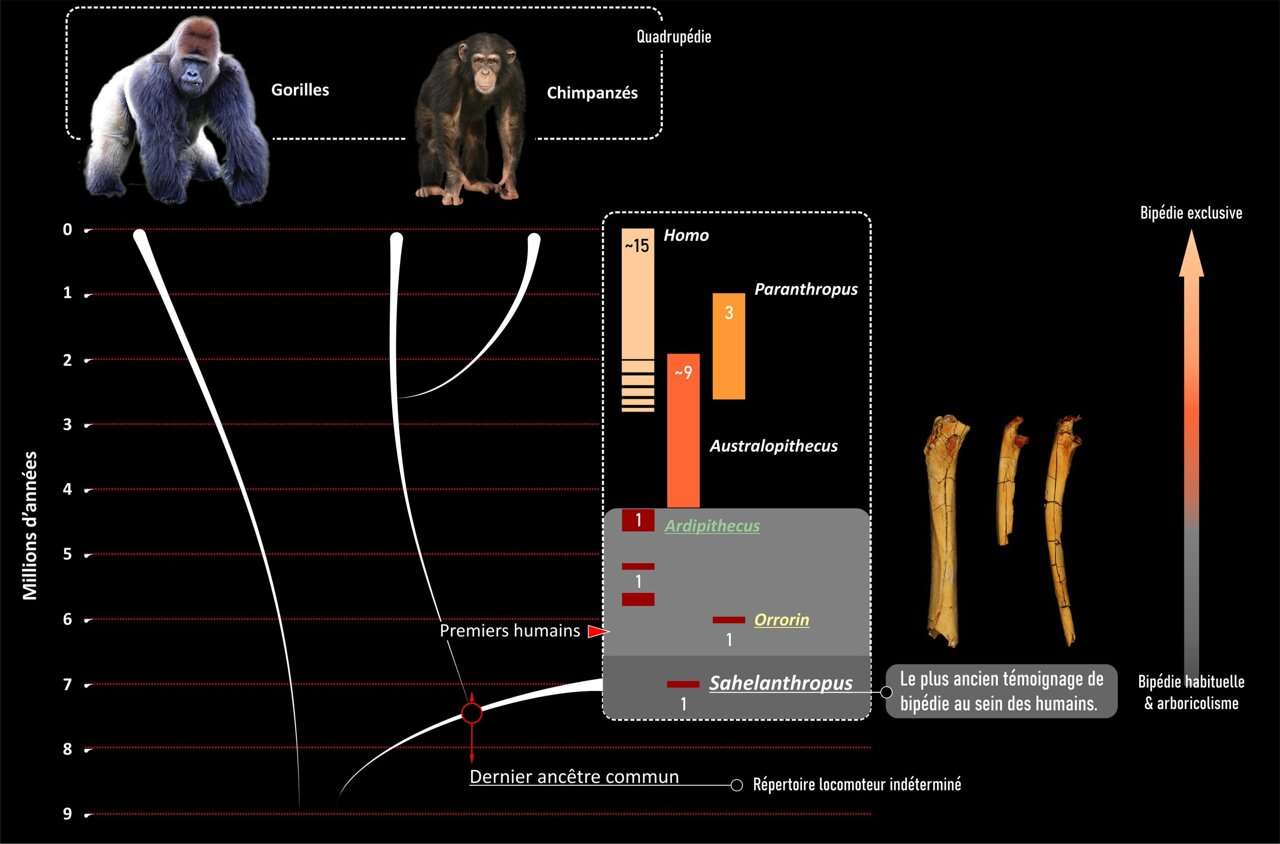 Sahelanthropus Was Actually Bipedal, Making Him the Oldest Human Representative

Studying current-day species has led to a clear conclusion about humanity’s role in the world. In close proximity to bonobos, chimpanzees, and other living species. Not much in terms of information about the biology or geographic distribution of the earliest human ancestors exists. This is because paleogenetic information doesn’t last very long, implying that the distribution and morphology of rare fossils are what is relied upon. Even then, this usually occurs often in cool climates.

Bipedalism was confirmed among the Australopithecus in the 1960s. this is considered to be a key step in human evolution. Bipedalism is an essential feature of human evolution, marking the transition from non-human to human prior to significant brain growth and development.

It was anticipated that the Nature study on the history and skeleton of Sahelanthropus Tchadensis, the oldest known human representative.

Bipedalism has been considered an important step in human evolution. There is no consensus on its modalities and age due to the lack of fossil remains. Researchers from the CNRS, the University of Poitiers and their Chadian partners studied three limb bones from Sahelanthropus Tchadensis to determine the age of the oldest human representative. This supports the idea that bipedalism was developed early in human history.

Sahelanthropus Tchadensis is 7 million years old and the oldest representative species of humankind. The Franco-Chadian Paleoanthropological Mission first described it in 2001. They discovered the remains of many people at Toros-Menalla in Djurab Desert (Chad) and a well-preserved head. The orientation and position of the cranium at the anterior end, where the vertebral columns are inserted, indicates that the animal could have been bipedal.

The Toumai cranium (also known as Toumai) was found with fragments from teeth and jaws which were already published. Two ulnae (forearm bone) and one Femur (thighbone) were found at Toros-Menalla 266, TM 266, respectively. These bones were also assigned to Sahelanthropus because no large primate has been found at the site. It is not possible to confirm if they are the same person that the cranium belonged to.

To determine the external morphology of the ulnae and their internal structures, a series of analyses and measurements were carried out on the femur. These measurements included biometric measures, biomechanical indicators, as well as geometric morphometrics. These data were compared to those of many extant and fossil apes, including chimpanzees, gorillas, and members of the human group (Orrorin & Ardipithecus, australopithecines, and ancient Homo and Homo Sapiens).

The structure of the femur suggests that Sahelanthropus could have been bipedal on both the ground and in the trees. This bipedalism coexisted in arboreal environments with a form of quadrupedalism as shown by the ulnae’s results. This is arboreal climbing that can be enabled by strong hand grasps. This is very different from gorillas and chimpanzees who lean on their phalanges.

The study also identifies habitual bipedalism. This study is based upon the observation of more than twenty characteristics of the femur and ulnae. These are the cleverest interpretations possible of a combination of these traits. This data supports the notion of an early bipedal mode for movement in human history.