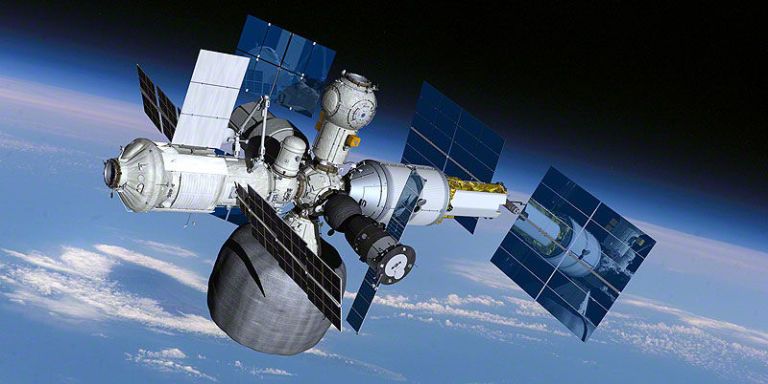 Russia Plans To Create Its Own New Space Station, Raises Concern Over Operational Lifespan Of ISS

Russia is mulling to work on a plan to create its own space station. According to Energia, it has already started working on setting up a laboratory in the low Earth orbit. Energia is the transcontinental country’s rocket and space corporation. If all goes as per the plan, Energia said that the new homegrown multi-functional space station will become operational by 2025. The orbital laboratory will have three to seven modules. It can accommodate two to four cosmonauts. Russia’s orbital station will be the second such object after the International Space Station. The ISS was launched in 1998. It is a joint project between five space agencies which includes NASA, ESA, CSA, JAXA, and Roscosmos.

The decision to set up a new space station comes after the Russian Academy of Sciences, Moscow, raised concerns about the longevity of the ISS. The ISS’s certain components have suffered damages in the last two decades. Space agencies are unable to replace them. The academy has predicted that the ISS may stop operation by 2025. Also, its maintenance cost has gone up significantly. By 2025, the cost of maintenance could be around USD 198 million. Therefore, before the ISS stops operations, Russia feels that a laboratory should be placed into orbit to ensure space studies are not delayed or hampered.

Russia’s space agency Roscosmos said it is also planning to discuss the ISS’ lifespan with NASA. It said that the life of ISS will depend on the technical condition of the modules. Although Energia has started work on the creation of a new space station, Roscosmos said that is awaiting proposals from the corporation. The proposal will be considered at the agency’s Scientific and Technical Council. It will then be reported to the government for sanction. The ISS orbits 400 kilometers above the Earth’s surface. The space station orbits the Earth in approximately 92 minutes. It completes over 15 orbits daily. The ISS is the largest human-made structure in the low-Earth orbit. It can often be seen with the naked eye from Earth because of its size.