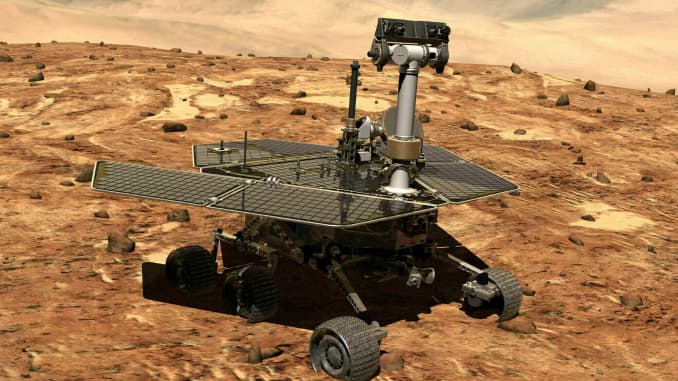 Scientists have said that NASA’s InSight lander might have identified some details about the formation of Mars. They have been analyzing the data brought by the InSight spacecraft, which has laded on the planes of the Red Planet in 2018. The Mars lander has been able to find out some details of the edges of rocks tens of thousands of kilometers deep down the Martian crust. Experts have said that the rocky edge of the planet’s crust is surprisingly thin. A team of scientists has said that the mantle of the Red Planet is much cooler despite the molten iron core of the planet. The new findings of the InSight lander have made scientists believe that once the planet has cooled itself down by a type of tectonic plate movements following a model of upwelling mantle rock and subducting crust, which has led to the planet effectively shedding heat. A scientist who has not been involved in the new study has said that the findings indicate a far more vibrant formation of the Martian crust in the initial stage.

Since the InSight spacecraft has landed on Mars, the seismometers have been working constantly to identify and record the evidence of Marsquakes to gather more details of the internal composition and formation of the Red Planet. Sadly, there has not been any Marsquake larger than 4.5 magnitude, which means the seismometers have not been working as deep below the crust of the Martian surface as scientists would have expected. However, the Mars lander has been able to identify two mild quakes of 3.3 and 3.7 magnitudes, which have been regarded as ‘treasure troves’ for the mission. As per the report, some waves from these Marsquakes have been spotted barreling towards NASA’s Mars lander, which has been able to record their travel time. A seismologist at the University of Cologne, Brigitte Knapmeyer-Endrun, has said that the time difference between the shock waves of the quake has indicated the thickness of the crust and it has suggested that there are distinct layers within the crust. The data extracted by NASA’s InSight lander has shown that the planet might have been made of two or three layers. Experts have said that the crust of Mars appears thinner as compared to the Earth’s continental crust.

Scientists have said that the outer shell of the Martian surface is just 20 or 37 kilometers thick along with a shallow layer deep inside which indicated a cool mantle. It is covered by a liquid core of 1800 kilometers radius, which is more than half of the total diameter of the Red Planet. Experts have said that the InSight team, which is being headed by Bruce Banerdt, who is the chief investigator at NASA’s Jet Propulsion Laboratory, will continue the geological study of Mars to identify more precise data from event analysis in the future. This study is expected to reveal a more accurate picture of the interior of the Red Planet.