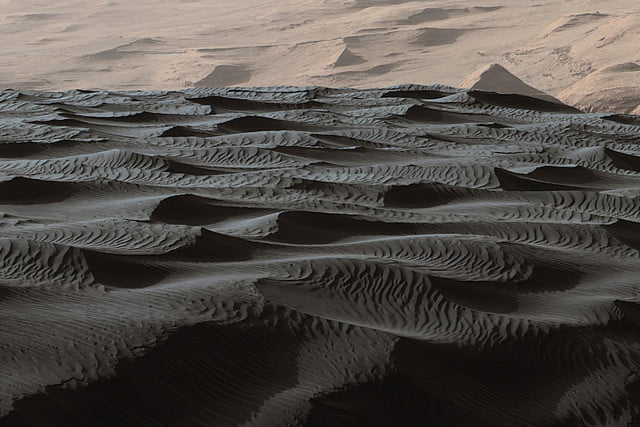 The US space agency NASA has made an interesting discovery on Mars. Scientists claimed that they have discovered a windswept field of solid sand on the red planet. It turned to rock slowly. This happened nearly a billion years ago. The agency scientists said that the rock on the planet is heavily eroded. Scientists said that they are studying how the dunes withstood with the time. They are hopeful that it can decode the planet’s geological history. It can also provide scientists with data related to the planet’s sedimentary process. Mars has been a topic of research for space agencies across the world.

Mars is the fourth planet in the solar system which scientists believe might have gone through an Earth-like evolution. The structures have been named Melas Chasma dunes. The study was said that Mars’ atmosphere, wind directions, and climate have changed minimally in ages. Some dunes came from a catastrophic volcanic event. Scientists noted that the volatile compound during eruption could be the possible reason that hardened the dunes. Earlier in 2018, MARSIS had discovered an underground reservoir on Mars. Scientists believed that it was buried nearly 1.5 km below the ice. Sand dunes whipped up by the wind on Mars are considered a common phenomenon.

The ESA claimed that its Mars Express has also made a remarkable discovery. It has found subglacial lakes. The lakes are believed to be located in the south polar region. The agency said that there are three ponds of water. These ponds are buried under ice. This has raised curiosity about whether the planet can support microbial life and makes it a topic that required further scientific study. According to past studies, the Martian lakes are very salty. Studies concluded that once water flowed once on the surface of the planet but the planet lost its atmosphere with the time and water couldn’t stay in its original form. The Mars Express is orbiting the planet for the last 17 years.