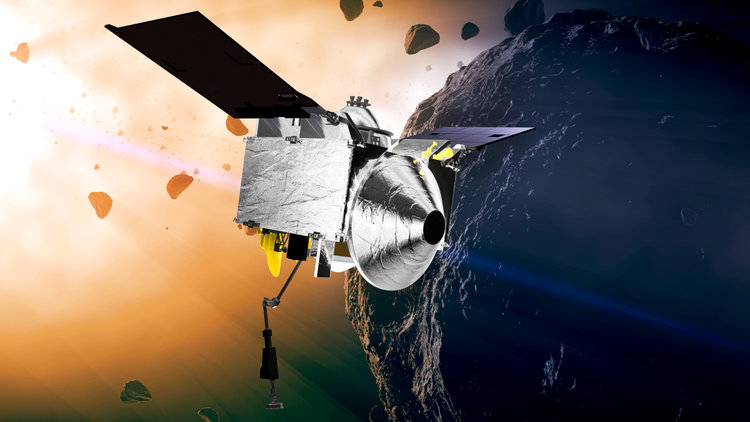 While NASA is proceeding ahead with its plan to land a new rover on Mars, Japan has something else in its kitty. Japan’s space agency JAXA has announced a plan to land a spacecraft on the Red Planet’s moon Phobos. The agency said the Martian Moons Exploration project is in the development phase and has made significant progress. If the Asian country succeeds in landing its spacecraft on the surface of Phobos, it will become the first country in the world to achieve the feat. JAXA said a group of scientists is working on the mission’s hardware and software. The mission is planned for launch in 2024. The spacecraft will touch down the surface of Phobos sometime in 2025. The spacecraft will stay there for around three years.

Besides surveying Phobos, it will also map the surface of the planet’s smaller and outermost moon Deimos. Phobos and Deimos are the two moons of the Red Planet. Phobos is a bit larger than Deimos. Both are irregular in shape. While Phobos is the innermost natural satellite of Mars, Deimos is the outermost. JAXA said the spacecraft will be equipped with the latest scientific instruments. It will dig into the surface of Phobos to collect samples. If the plan holds, the mission will return to Earth by 2029 with samples. The findings will help scientists in determining whether Phobos and Deimos are asteroids and captured by the Red Plant’s gravitational force. It will also let scientists know whether they were formed due to a violent impact on Mars in the past.

The positioning of the two moons makes them a key target for humans to visit before touching down on the Martian surface. Scientists have not sent any mission to Phobos or Deimos. The Soviet space probe Phobos 2 was the last mission designed to study the moon. It was launched in January 1988 and entered Phobos’ orbit in January 1989. The spacecraft event sent images of Phobos. But shortly before releasing two landers, scientists lost contact with the spacecraft due to malfunctioning in its computer. The second attempt was made in 2011 by Russia. But the mission didn’t even escape Earth orbit and fell back into the Pacific.