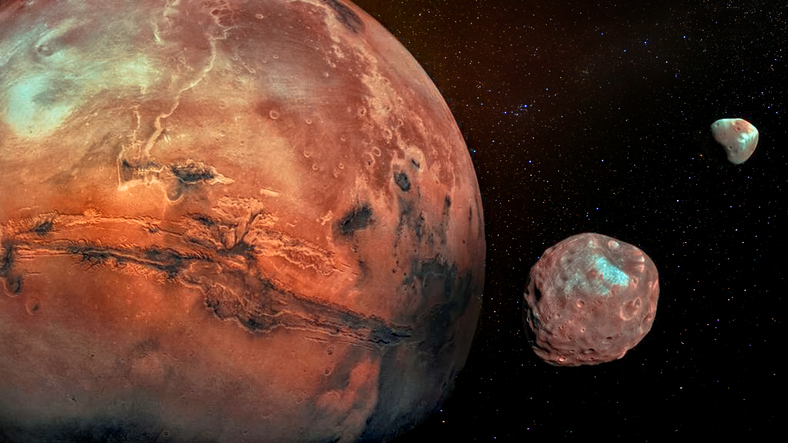 Home / Japan Aims To Bring Back Soil Samples Mars Moon Phobos Ahead Of US, China; Sets 2029 As Deadline

Japan Aims To Bring Back Soil Samples Mars Moon Phobos Ahead Of US, China; Sets 2029 As Deadline

Returning samples from Mars is a big challenge. NASA and several other space agencies are working in this direction. Finding the right design and a robust system is key to returning Mars samples. NASA is believed to be already working to develop a system that will bring Martian samples back. Japan has now joined the league as it has announced to bring soil samples back from the Red Planet’s moon. JAXA has even set a deadline for this. The agency has said that it will bring the Martian moon’s soil samples back ahead of the US and Chinese missions. The agency is aiming to execute its plan by 2029. Notably, the US and China are the two nations that are currently operating missions on Mars. The two countries have deployed rovers to look for possible signs of life.

JAXA said that the plan is to launch an explorer in 2024. It will land on Phobos. Phobos is the moon of Mars. The explorer will collect 10 grams of soil. It will bring the sample back in 2029. If Japan achieves this feat, it will become the first and only country to bring back Martian soil. Notably, NASA and China have announced that they are developing a system to bring back Martian samples. NASA’s latest rover Perseverance arrived on the planet in February this year. It is equipped with instruments to drill Martian rocks and collect samples. As per NASA’s plan, the rover will collect 31 samples for a possible return to Earth. The agency is working with the European Space Agency for this. It has plans to bring the samples back by 2031.

China too is currently operating a rover of the Red Planet. Its rover landed on Mars in May this year. China is planning to bring back Martian samples by 2030. JAXA recently brought samples back from the asteroid Ryugu. JAXA scientists believe that surface soil on Phobos came from Mars. The agency will collect samples from multiple locations. This will increase the chance of finding possible signs of life on the planet. JAXA scientists believe that Phobos soil samples will help in understanding the evolution of the Martian biosphere. Mars has been a promising destination for scientists to look for signs of life beyond Earth. The planet has shown signs that it was once habitable.