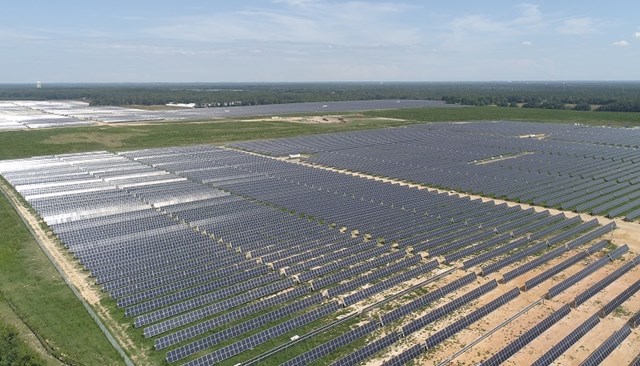 Home / Invenergy Announces 1.3GW Solar Farm In Texas, Set To Be Largest In US

Invenergy Announces 1.3GW Solar Farm In Texas, Set To Be Largest In US

Invenergy has started the construction of a 1.3GW solar farm in northeastern Texas. This is set to be the largest solar project in the United States and will be spread across three Texas counties – Red River, Franklin, and Lamar. The developer and operator of green energy said that it has secured offtake agreements with large corporations and several cities. The Samson Solar Energy Center in the state will provide power to three Texas municipalities and five major consumer brands. Coming with an investment cost of USD 1.6 billion, the solar energy center will provide around 600 jobs.

Moreover, the solar project will support local communities over the life of the project through nearly USD 200 million property tax payments. It will also bring over USD 250 million in landowner payments. The construction will be done in five phases and operation will commence with the completion of each phase. Scott Mair, president of AT&T Technology & Operations, said that they believe that renewable energy is not only good for business but also for the planet and communities they serve. “We are extremely excited to be part of Invenergy’s solar project as this is going to be a step closer towards a low carbon economy.”

In the next three years, solar is going to be the fastest-growing contributor to the power consumption of Texas. According to reports, AT&T will get the largest portion of the power output of this facility. The entertainment giant has secured a purchase agreement of 500MW. The next in the line will Honda with a purchase of 200 MW. They will be followed by McDonald’s and Google. The Chicago-based firm has already developed solar projects in Uruguay, Japan, and the United States. The combined-capacity of the projects in the three countries is more than 3.9GW. The largest solar project in the United States at the moment is run by Gemini and has a capacity of 690-megawatt. Texas is slowly growing as an epicenter of solar power development. While most of the solar power plant is situated in West Texas, Invenergy is constructing its center in the northeast part.