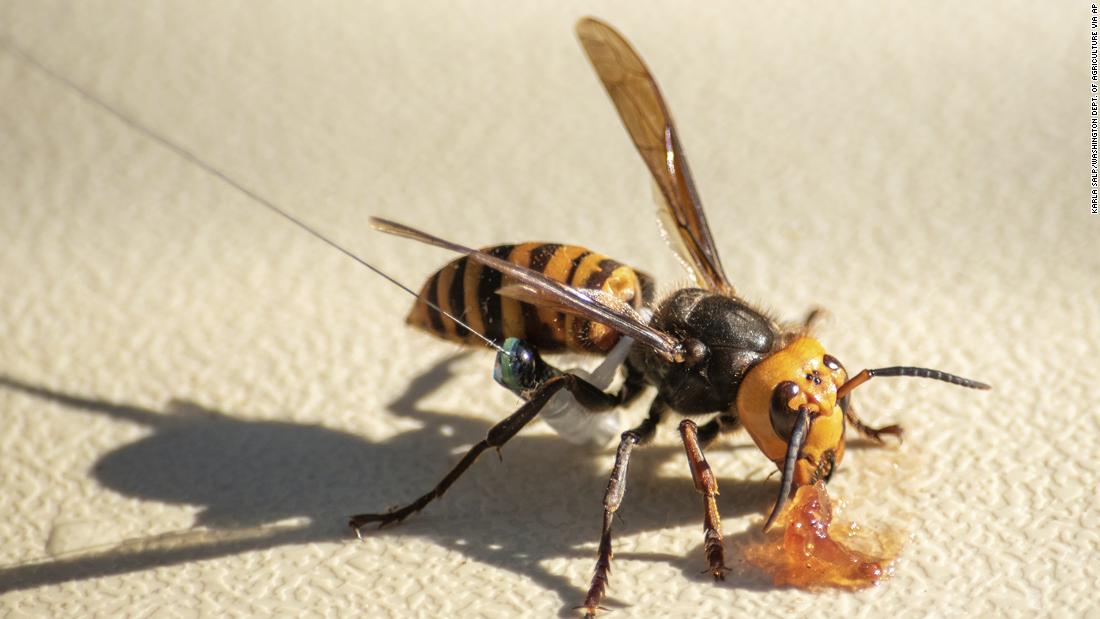 Invasive giant Asian murder hornets are a big threat to honeybees. However, honeybees in Vietnam have found a new defense mechanism against the deadly killer. The study has been conducted by Vietnamese scientists from the University of Guelph. The study has shown that the poop is used by the honeybees to protect themselves. Experts have said that dung identifies giant hornets, which invade honeybees’ hive. The findings of the study have been published in the journal PLOS. They have said that the study has explained a remarkable weapon in the refined collection of defenses honeybees have developed against giant murder hornets. These giant hornets are known to launch coordinated attacks on hives of honeybees. Murder hornets destroy the adult occupants and take ways the young honeybees for their food.

In the study, scientists have shown how Vietnamese honeybees have collected feces and made dots around the entrances of their hives. In the study, they have seen that honeybees prefer to assemble additional smelly poop from pigs and chickens as well whenever they have the opportunity to make their defense even stronger. The study has found that the hornets spend less than half as much time at the entrance of the nest with reasonable to heavy dung spots as compared to time spent at hives with few spots. Honeybees use only one-tenth as much time chewing at the entrances of the hive to get at the bees’ spawn. The team of experts has said that the behavior of the honeybees is tool use, which consists of using an object from the atmosphere for a reason. Scientists have said that honeybees structure their poop using their mouths.

Scientists have said that they are still uncertain about how honeybees’ poop protects them against giant murder hornets. They have said that the smell of the poop might work as repellent or it might cover bee odors, which might be responsible for attracting hornets. Murder hornets have been a major concern in North America due to the danger they pose to bee populations. The study has found that honeybees in Canada and the US might not have the same feature of tool usability to protect themselves against the threat posed by deadly hornets as compared to their relative, Vietnam honeybees. Experts have said that honeybees in Canada and the US do not have the opportunity to evolve this defense mechanism. The state authority in Washington has wiped out a murder hornet nest in the month of October to safeguard the population of honeybees. The lead author of the study Heather Matilla and co-author of the new research Gard Otis has said that deadly hornets are not just a threat to honeybees but they are dangerous for humans as well.