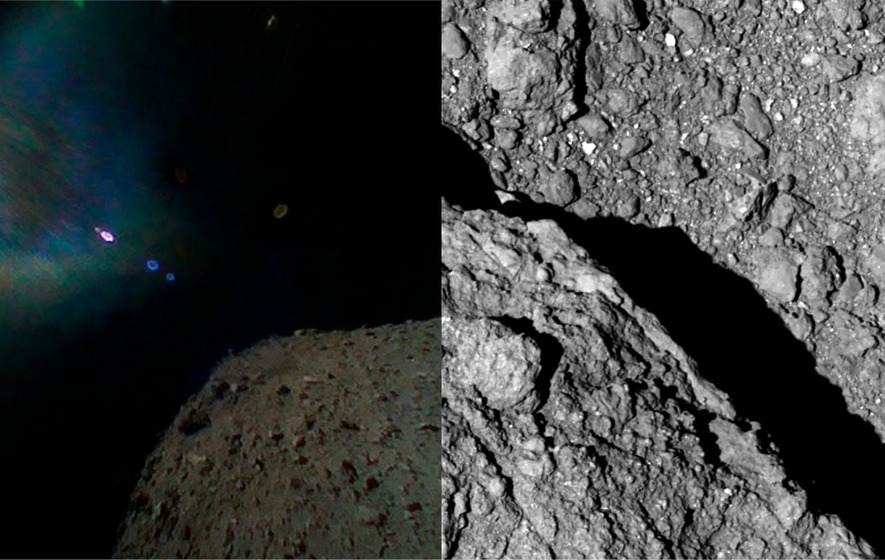 The Japanese Space Agency had made a kind of history when it released two rovers towards an asteroid for collecting samples and information that may help unravel the history of universe. The rovers were reached on the Ryugu surface and have started sending new images from the same place. These rovers are named as Hayabusa 2 rovers, because of the fact that they were released from the mothership named Hayabusa 2. Ryugu has been one of the most intriguing components of space in the history and the images from rovers are helping scientists understand the nature of the space rock.

According to the photos sent by the rovers, the surface of Ryugu is quite rocky and rugged, as it was expected earlier. Ryugu, which has been grabbing scientists’ attention for some time, is one of the primitive types of asteroid. Both the Hayabusa 2 rovers are now working on the Ryugu surface so that they can collect samples and analyze them for the future. Movement on the asteroid surface is done via hopping because the gravity on the surface is very low. In addition to the in-built wide-angle cameras, there are different motors for the movement purposes of the rovers.

Another main point of these two rovers is the collection of samples from the asteroid surface, and the data would be given back to the mothership. The reason is that Ryugu is considered as an element that was a main part of the universe in the past. Samples from Ryugu surface would be of immense value when it comes to finding the beginning and evolution of the universe. The Japanese Space Agency has been working on this mission for quite a long period of time and the Hayabusa 2 Mission had to travel three and half year to reach this celestial body.