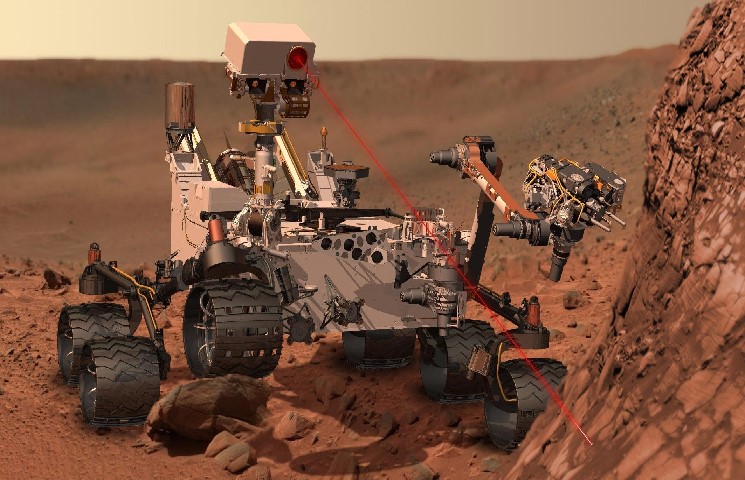 Scientists have claimed to discover liquid water bodies on Mars. The latest discovery was made by the Mars Express. The Mars exploration mission was launched by the European Space Agency in 2003. It is still orbiting the planet. Scientists said that several liquid bodies are buried on the planet. The ESA said that Mars Express’ Mars Advanced Radar for Subsurface and Ionosphere Sounding instrument found the bodies. The latest findings attest past studies that water is present on the red planet. The ESA said that the orbiter detected a large liquid body. It was separated from other smaller bodies with several dry patches in-between.

The ESA’s instrument in the spacecraft sends radar pulses. It can penetrate the Martian surface and its ice caps. Mars is just next to Earth. The liquid bodies are found under the south pole of the planet. This is not the first time when such a discovery has been made by an agency. Back in 2018, ESA scientists had made a similar discovery. At that time as well, scientists used the same instrument to claim that they have detected a vast lake beneath the planet’s surface. The presence of liquid water on any planet is vital to support life.

The presence of liquid water on Mars raises curiosity about whether it can support microbial life and makes to a topic that needs further study. The Martian lakes are believed to be salty. Past studies concluded that water flowed once on the red planet’s surface. But the planet gradually lost its atmosphere. This transformed the planet as water couldn’t stay in liquid form. The ESA spacecraft is orbiting the planet since 2003. The Mars Express is the first planetary mission by the ESA. Meanwhile, the US space agency NASA has planned to send astronauts to Mars. It has proposed a crewed surface landing by 2030. The latest findings and the Mars 2020 rover will contribute significantly to the success of future missions.