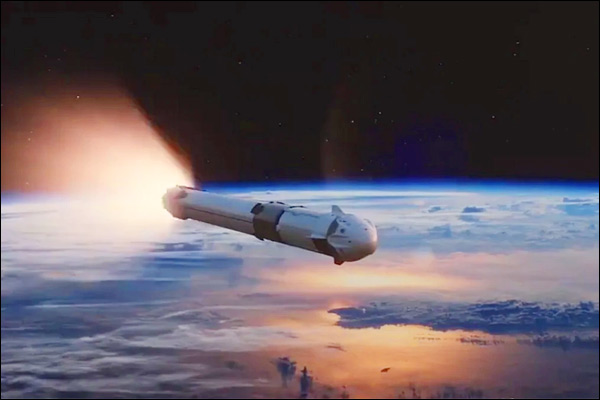 SpaceX chief executive officer Elon Musk knows how eagerly people across the world are waiting for the company’s first launch in 2020. Most of the aerospace companies follow the tradition of sharing animated videos to create hype ahead of important missions and SpaceX is no different. Musk is known for sensationalizing everything he launches. This is why Musk has tweeted a video simulation that demonstrates how SpaceX’s Crew Dragon mission will play out. The animated video shows astronauts boarding Crew Dragon spaceship, countdown, the take-off of the spacecraft and its separation from the Falcon 9 rocket. The spacecraft will fire up its own thrusters and will carefully maneuver through space. It will do this for a day or more and then latch itself automatically onto a docking port at the International Space Station.

ISS is a giant laboratory that is moving in low earth orbit and has continuously hosted a crew of astronauts since 2000. The video tweeted by Musk shows the capsule detaching from the dock and then returning to the earth with the help of four parachutes. The simulation video demonstration comes after SpaceX successfully did a series of static fire engine test Crew Dragon spacecraft. However, it is yet not clear when Crew Dragon will be ready for its first flight with crew members. The National Aeronautics and Space Administration (NASA) hopes that test flight to the ISS will happen in the first quarter of 2020.

SpaceX is expected to launch its Crew Dragon spacecraft from NASA’s Pad 39A at Kennedy Space Center in Florida. Pad 39A is the one that hosted the launch of Apollo 11 in 1969. Apollo 11 mission carried the first astronauts to the lunar surface. The same pad has been used for several space shuttle missions before the program retired in 2011. Earlier in April, SpaceX lost the spacecraft after it experienced an anomaly. No one was injured in the incident. SpaceX said that anomaly occurred after the successful completion of the initial test. SpaceX and NASA later detected the problem and found a solution. The company is spending billions of dollars to make this happen.